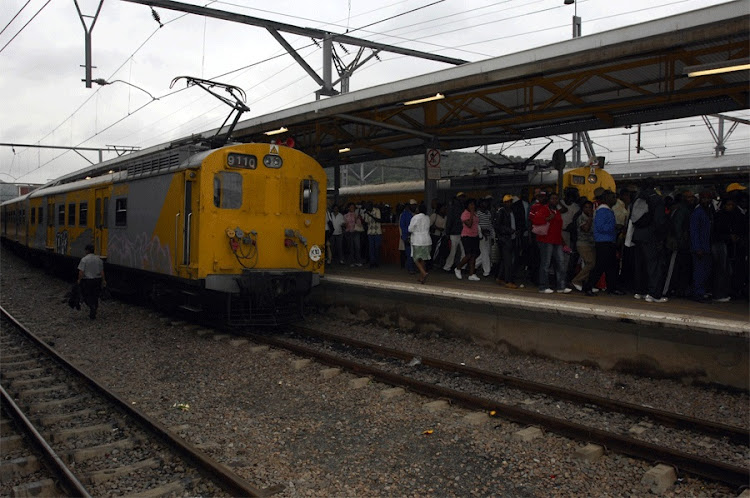 Government will invest R1.4bn to restore rail network in the Western Cape and Mabopane.

In his state of the nation address, President Cyril Ramaphosa said government would mordernise Passenger Rail Agency of South Africa (Prasa) to improve the service given to commuters.

“Our rail network daily transports over a million commuters to and from work. The Central Line in the Western Cape and the Mabopane Line in Pretoria have been closed for essential refurbishment and upgrades. We are investing R1.4 billion in each of these lines to provide, a safe, reliable and affordable service,” Ramaphosa said.

Listen to the pertinent points:

The two lines have been down for months following vandalism and fire forcing thousands of commuters to find alternative public transport.

Ramaphosa added that work underway to upgrade rail infrastructure on other parts of the country and this will include improvement in station, parkway replacements, new signalling systems and overhead electrical traction upgrades.

Ramaphosa said there was a need to urgently fix public finances and the economy was facing low levels of growth and not generating enough revenue to meet expenses.

“Our debt is heading towards unsustainable levels, and spending is misdirected towards consumption and debt-servicing rather than infrastructure and productive activity. We cannot continue along this path. Nor can we afford to stand still,” he said.

Ramaphosa said government will engaged with labour and other stakeholders on measures to contain the public wage bill and reduce wastage.

He said government working with the Auditor-General would work to reduce irregular expenditure, by shifting government spending from consumption expenditure to investment in infrastructure.

Government will also establish a sovereign wealth fund and forge ahead with its intension to establish a state bank to extend financial services access.

Finance minister Tito Mboweni will give more details on these.

Transport minister Fikile Mbalula has called for a full investigation into the cause of a train collision in Roodepoort, on the West Rand, which ...
News
2 years ago

Metrorail’s manager in the Western Cape, Richard Walker, has been put on paid leave amid “multiple challenges and lapses”, the Passenger Rail Agency ...
News
2 years ago
Next Article