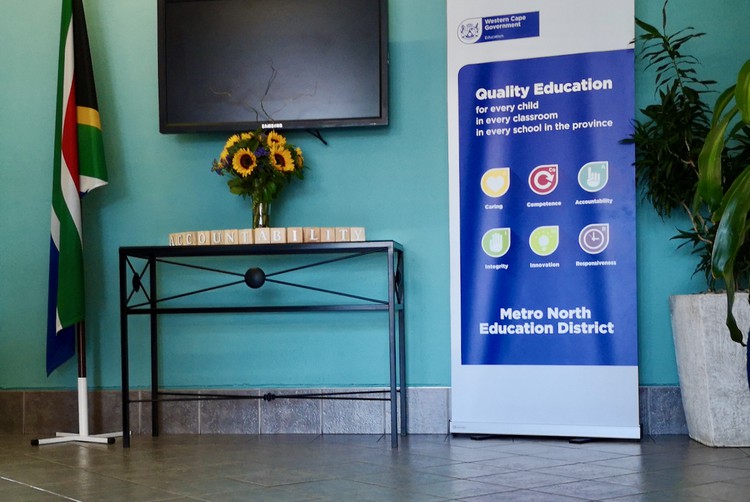 A Rwandan asylum seeker told GroundUp she has been to the Western Cape Metro North Education District, but officials refused to help her enrol her child without a study permit. Western Cape education department spokesperson Bronagh Hammond said the province was busy drafting its circular for schools.
Image: GroundUp/Tariro Washinyira

Following a ruling by the Eastern Cape high court (Grahamstown) on December 12 that schools should admit undocumented children, the department of basic education has now issued a circular instructing schools to comply.

Judge president Selby Mbenenge ruled that the education department could not remove or exclude “children, including illegal foreign children, already admitted, purely by reason of the fact that the children have no identity document number, permit or passport, or have not produced any identification documents”.

However, at the start of this school year, GroundUp found schools that were still turning away undocumented immigrant children despite the ruling and a previous circular sent in July last year by the acting director-general of the department of basic education SG Padayachee instructing public schools to accept undocumented children conditionally while their parents try to obtain documents.

Spokesperson for the African Diaspora Forum, Amur Sheikh, said: “We hope to see the full implementation of the circular. We will also be visiting schools that have been known for making admission difficult for migrant children.”

At Tholimfundo Primary School in Protea Glen, Soweto, pupils are subjected to learning in old mobile classrooms with no doors or proper flooring.
News
2 years ago

Teachers are battling to cope with their workloads at Masibambane Secondary School in Bloekombos, Kraaifontein
News
2 years ago

It was the harrowing screams that rang out at 9.30am at Ferndale High School on Tuesday that alerted teachers and the school principal that tragedy ...
News
2 years ago
Next Article