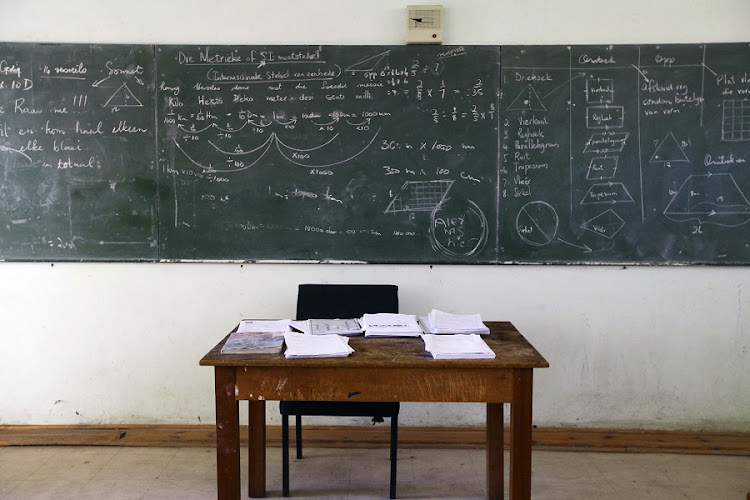 The department of education in KwaZulu-Natal said it will act harshly against those who perpetrate violence.
Image: THE TIMES

A group of Durban schoolgirls has been suspended after a video clip, allegedly of them viciously assaulting a fellow pupil, was shared on social media.

In the footage, which has gone viral, pupils can be seen dragging, kicking and punching a fellow pupil in what appears to be a bathroom at Newlands East Secondary, north of Durban.

In a statement on Wednesday night, the provincial education department, which was tagged in the video on Twitter, confirmed the pupils had been suspended after Tuesday's incident.

Stellenbosch school bully to be hauled before a disciplinary hearing

A disciplinary hearing will be held against the pupil who beat up a crying classmate in a violent act of bullying that was filmed at a high school in ...
News
5 years ago

“The department of education in KwaZulu-Natal does not tolerate violence and will act harshly on those who perpetrate it.

“School violence is one of the most serious problems because of detrimental effects on forming human beings' characteristics,” the statement read.

MEC for education Kwazi Mshengu said: "We call on parents to teach their children the values of tolerance and peace to help stamp out violence in schools.”

Police have promised “firm action” against the teenager accused of tripping‚ punching and kicking a 16-year-old girl in November last year. The boy‚ ...
News
4 years ago

'Pupils had no reason to lie about abuse'

No teachers screened by Education Department for sexual offences

The Education Department has not screened a single new teacher‚ principal or official against the National Sexual Offenders Register to see if they ...
News
5 years ago
Next Article