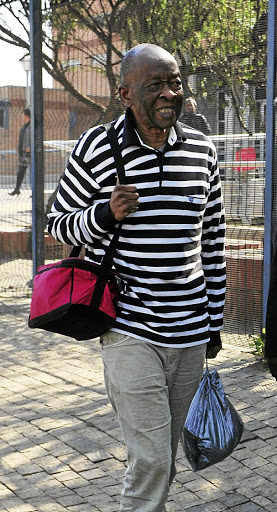 A magistrate has threatened to issue a warrant of arrest for convicted playwright Welcome Msomi should his lawyers fail to submit his full medical report on February 27.

The threat comes a week after the Pietermaritzburg high court issued a stayed warrant of arrest for former president Jacob Zuma after he failed to appear for a pre-trial hearing in his corruption case.

Yesterday, magistrate Janse van Vuuren, who yesterday appeared not pleased by the dragging on of sentencing proceedings, was reacting to Msomi's legal team that wanted the sentencing to be postponed to June 2. Msomi's sentencing was postponed for the second time yesterday, pending a medical report.

"The accused's medical report has been pending since November and it must be submitted on February 27 or a warrant [of arrest] will be issued," Van Vuuren said.

His legal team told the Palm Ridge magistrate's court that Msomi was discharged last week after three months of hospitalisation.

Sentencing of playwright Msomi postponed due to his deteriorating health

The sentencing of the ailing playwright Welcome Msomi, who suffered a stroke early this month, was postponed to February due to his poor health.
News
1 year ago

Benito Mangolele, however, said his client was still not well, hence he was unable to appear in court yesterday.

"I was supposed to receive the medical record yesterday but it did not arrive. I spoke to my client [and] he [is] still not well," Mangolele said.

Mangolele previously told Sowetan that Msomi suffered a major stroke in November that left him paralysed.

Msomi was found guilty in October of stealing R8m from the Living Legends Legacy Programme (LLLP) trust account. He was convicted on 61 counts of theft last month following a case of theft that LLLP trustees opened against him after discovering that millions of rands were stolen from the trust's bank account.

The transactions occurred between September 18 and October 24. His health issues began in July after he suffered a diabetic coma.

The disappearance of the funds was discovered in January last year by acting chairperson of LLLP, Letta Mbulu, who opened a case of fraud at Bramley police station outside Alexandra in Johannesburg.

SA's netball national team will welcome back star defender Phumza Maweni after she recovered from an ankle injury that forced her to miss the side's ...
Sport
1 year ago

The department of sport, arts and culture has welcomed the news that acclaimed director and playwright Welcome Msomi has been found guilty of theft ...
News
1 year ago
Next Article