Two women bust with R1.2m worth of explosives boarding bus to Gauteng 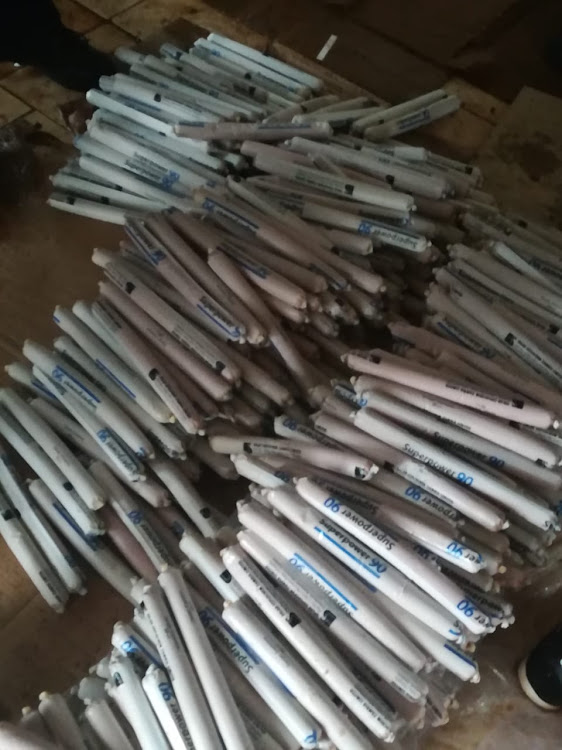 Two women will appear in court on Thursday for illegal possession of explosives.
Image: SAPS

The Hawks on Wednesday arrested two women with dozens of bundles of explosives, blasting cartridges and case fuses - a haul estimated to be worth around R1.2m.

The pair, both Zimbabwean, were arrested in Thohoyandou, Limpopo, following a tip-off.

“The team received a tip-off about two women from Zimbabwe who were in possession of explosives destined for Gauteng. The two people matching the description of the suspects were spotted in one of the lodges in Thohoyandou and their movements were constantly monitored,” said Capt Matimba Maluleke.

"The suspects were arrested as they about to board a bus to Gauteng."

The illegal explosives were then found in their possession.

The women, who had allegedly entered South Africa illegally, are set to appear in the Thohoyandou Magistrate’s Court on Thursday.

They will face charges of unlawful possession of explosives and contravention of the Immigration Act, said Matimba.

Another cash-in-transit van has been bombed, this time near Mondeor, south of Johannesburg.
News
2 years ago

A tip-off led police to foil alleged plans by a gang in a bakkie to blow up an ATM with explosives at a petrol station in Mpumalanga.
News
2 years ago
Next Article