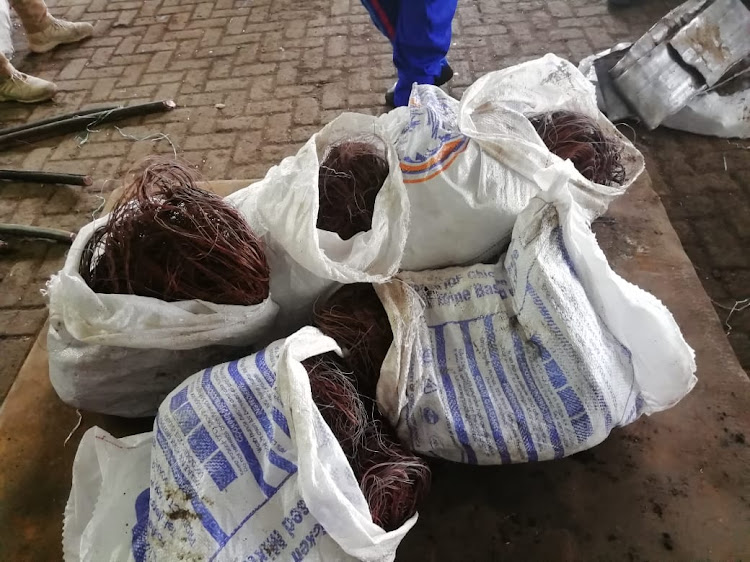 Three Durban men have been nabbed by police for the theft of Telkom copper cables with a street value of about R500,000.

The trio was arrested on Tuesday after being observed by police offloading copper cables at a premises in the Westmead industrial area.

“Two vehicles were impounded as being used in the commission of the offence and taken to the police pound for further investigation. The recovered copper cables were positively identified by Telkom.

“The estimated street value is R500,000. Three suspects aged between 25 and 37 were charged for possession of suspected stolen property as well as charged in terms of the Criminal Matters Amendment Act 18 of 2015,” said Mbele.

“It is vital for the community to be vigilant and report any perpetrators found to be stealing essential infrastructure in our communities.

“By doing so they will help us in the successful arrest and prosecution of the culprits,” said provincial police commissioner, Lt-Gen Khombinkosi Jula.

A syndicate of eThekwini employees and sub-contractors is believed to be behind an act of sabotage which has seen the municipality struggle to ...
News
2 years ago

The mayor of eThekwini, Mxolisi Kaunda, has unveiled a new plan to address ongoing disruptions to the city's water supply.
News
2 years ago
Next Article