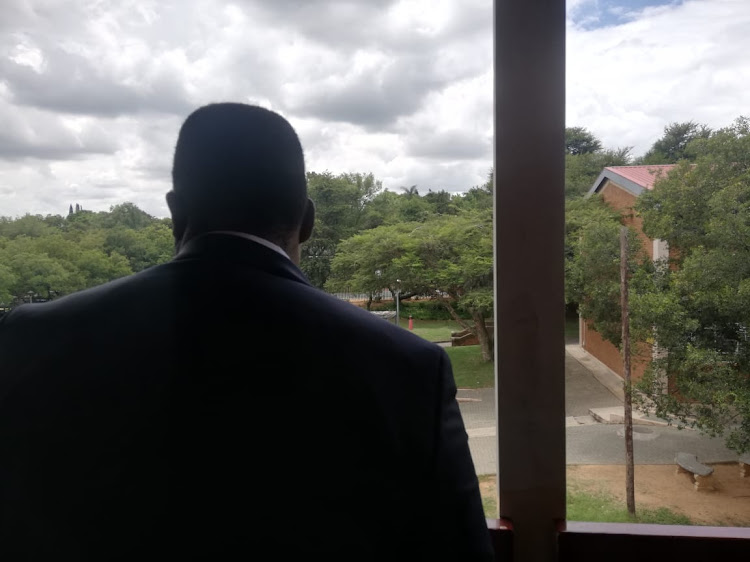 Gauteng education MEC Panyaza Lesufi examines part of the school where the teen fell to his death.
Image: Nonkululeko Njilo

“We are getting there,” said a grade 10 teacher at Ferndale High School when Gauteng education MEC Panyaza Lesufi asked on Wednesday how pupils were coping a day after the tragic death of a 16-year-old classmate.

Kelebogile Reuben Malopyane allegedly jumped from the second floor of the school building while he and classmates were going into the second period. It was initially reported by the department that he may have had an epileptic fit when he fell. 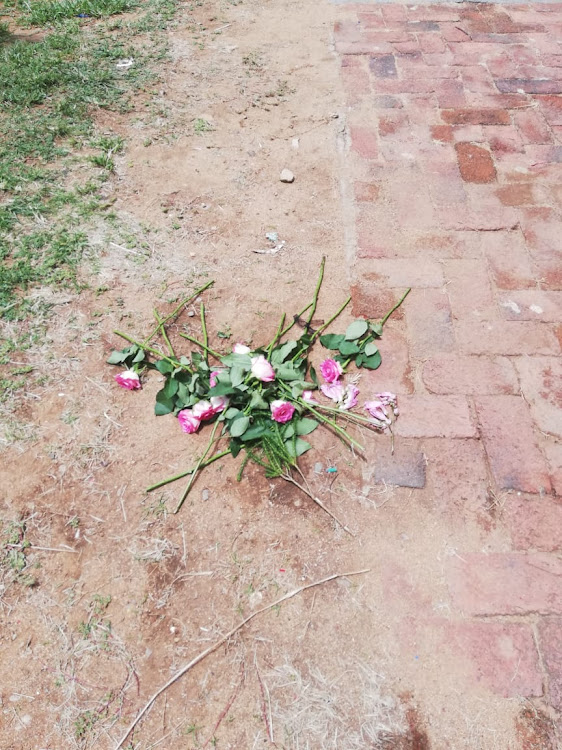 Pink roses were laid on the ground where the pupil died.
Image: Nonkululeko Njilo

Many of his classmates were teary as the MEC entered their classroom during a mathematics lesson.

“I am sorry about what happened my learners,” he said, but offered words of encouragement for their commitment to study mathematics as a subject.

In the school corridors, the mood was sombre, with pupils speaking softly among themselves.

Reaching the exact spot where the incident occurred, Lesufi observed a moment of silence and shed a tear. The school principal broke down in tears and moved away.

Pink roses were laid on the ground where the pupil died.

Lesufi said the school had given him a clear brief of what had happened and footage of Malopyane leaving his classroom.

He confirmed that the pupil had not been well when the incident happened and had been absent from school the previous day.

“The family went back home in Hebron, Ga Rankuwa, and requested some privacy. However, the school and district will visit them on Thursday,” said departmental spokesperson Steve Mabona.

A male pupil died after he fell from the second floor at Ferndale High School in Randburg on Tuesday morning.
News
2 years ago
Next Article