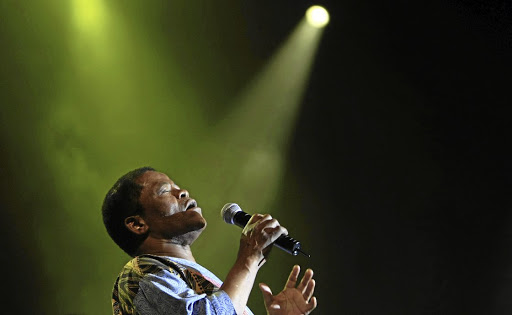 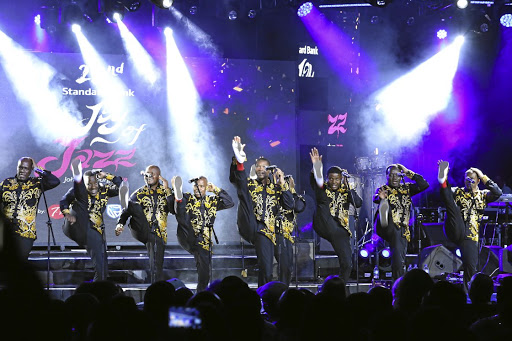 Ladysmith Black Mambazo received the news that founder Joseph Shabalala had died just as they were about to perform in Chicago during their tour yesterday.

In honour of the man who lived for isicathamiya, the group still went ahead and performed, though shaken.

The group's manager, Xolani Majozi, had the unfortunate task of breaking the news to the group in which four of Shabalala's sons are members.

"I had to deliver the news to them this morning. They were just about to go on stage. It was very bad, really bad. I spoke to some of the group members two hours later, they were still battling to come to terms with the news. They still had to perform because the audience was already there," Majozi said.

News of Ladysmith Black Mambazo founder Joseph Shabalala's death has sent a wave of sadness across the country.
News
2 years ago

Born Bhekizizwe Joseph Siphathimandla Bigboy Mxoveni Shabalala in Emnambithi, the isicathamiya icon died at the age of 79 at the Eugene Marais Hospital in Pretoria with his wife Thoko by his bedside.

His death came as Mambazo were on a city-to-city tour in the US that started on January 10. They have already done 25 shows and had 30 more to do.

The group has now been forced to pause the tour and return to SA following the death of Shabalala.

Shabalala started experiencing serious health problems around June. He was admitted to local hospitals in Ladysmith and discharged later to recover at home.

According to Majozi, the legend's health took a turn for the worst towards the end of the year.

"There were times where we could see that he was getting better. Towards the end of the year things got serious that he had to be airlifted to Pretoria.

At that time, his health had gotten worse and he was no longer speaking," said Majozi.

President Cyril Ramaphosa visited Shabalala in April to wish him a speedy recovery.

Yesterday, Ramaphosa described Shabalala's death as a "terribly sad moment for a nation and a world in whose ears isicathamiya and mbube crafted by Ladysmith Black Mambazo will ring for generations to come".

Shabalala has been highly praised by the music industry for establishing a successful group and taking it to stages around the world.

Mshengu, as many knew him, started singing as a teenager with the group Durban Choir and the Highlanders, before forming Ezimnyama in 1959.

He later christened it Ladysmith Black Mambazo - Ladysmith after his home town.

Their exquisitely harmonised a cappella songs in Zulu became hugely popular in SA after the release of their debut album in 1973.

The group enjoyed a rise to super stardom in 1986 when Paul Simon recorded the Graceland album with them.

The collaboration was a defining moment for the group since it launched Mambazo internationally.

They toured with Simon in 1987 and have been international headliners ever since.

Ladysmith Black Mambazo has since won five Grammy Awards and established its
name with hits like Mbube, Hello My Baby, Inkanyezi, Diamonds on the Soles of her Shoes, Nomathemba, Shosholoza, Nansi Mal and Knockin' on Heaven'sDoor.

Majozi said knowing that Shabalala was still there had a positive impact on the group even after he had retired.

"Knowing that he was still there kept the group going. Every time when they were going on tour, their first stop was visiting Bab Shabalala, praying with him and saying their goodbyes.

"He was a strong pillar of the group even though he had taken a back seat.

"He was a very strong figure in the group. He had his four sons in the group; he had that presence even though he was not around," Majozi said.