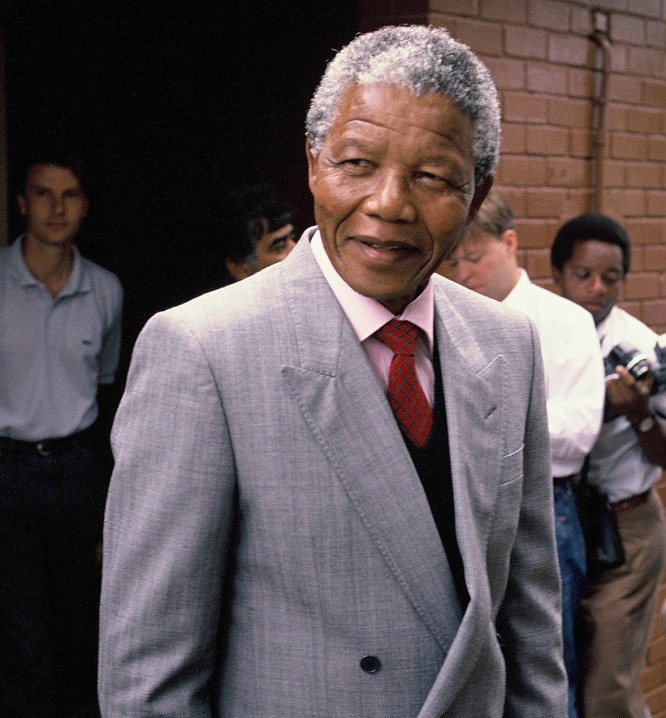 Archbishop Emeritus Desmond Tutu and his wife, Leah, have paid tribute to former president Nelson Mandela, who was released from prison 30 years ago on Tuesday.

“Thirty years ago, Nelson Mandela emerged from prison to dazzle SA and the world with his warmth and human values,” the Desmond & Leah Tutu Legacy Foundation said in a statement.

“Circumstances and priorities change over time, but good values don’t go out of fashion. We miss him. Love and blessings.”

President Cyril Ramaphosa will deliver an address during a commemoration event on Tuesday.

Hosted by the Nelson Mandela Foundation, the anniversary will be observed at the Cape Town City Hall, under the theme, “From Freedom to Liberation”.

Nelson Mandela's Speech, made on the stairs of the Cape Town City Hall, 11 Febuary 1990 opposite the Grand Parade and a stones throw from the Castle.

The presidency said in a statement that Mandela’s release ushered in an era of change in SA’s political dispensation.

“The commemoration seeks to refresh in the minds of all South Africans the central and sustained contribution made by Madiba and his generation towards the liberation of SA from apartheid colonial rule.

“The commemoration also aims to foster critical thought and reflection, and inspire greater social cohesion by reminding South Africans and the world that SA overcame apartheid as a nation and the nation is therefore capable of overcoming its current struggles,” said the presidency.

Ramaphosa will speak on the city hall balcony, where Mandela delivered his first public address after being released.

“I greet you all in the name of peace,” Mandela said in his opening remarks there on February 11 1990.

Ramaphosa calls on South Africans to unite in dealing with challenges

President Cyril Ramaphosa has called on South Africans to unite in confronting challenges facing the country.
News
1 year ago

Fear of failure may be holding us back from greatness

The resilience of the human spirit is fascinating. Our ability to adapt to different circumstances, shape, shift and reinvent ourselves is ...
Opinion
1 year ago

Thembi Kgatlana’s move to top Portuguese club Benfica is the latest in a number of high-profile signings for Banyana Banyana players as the country ...
Sport
1 year ago
Next Article