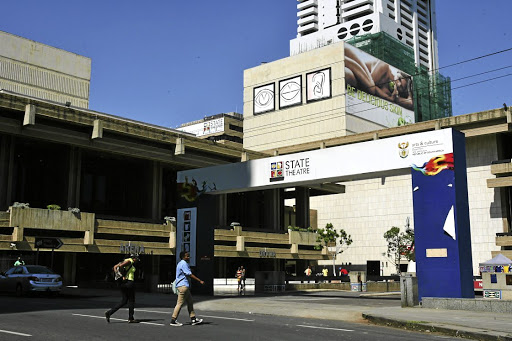 A group of employees at the South African State Theatre (SAST) in Pretoria have defrauded it of more than R20m.

They allegedly stole the money by manipulating the electronic banking system and diverting funds into their own bank accounts as well as those of other parties.

According to the SAST, the fraudsters deliberately framed others and apparently went around boasting they were not worried about being caught because the CFO and CEO "did the final signing off".

The modus operandi that has been happening for five years was uncovered following an undercover investigation.

A criminal case has been opened with the SAPS while one employee has been suspended.

According to a letter dated January 31 sent to staff by CEO Dr Sbongiseni Mkhize that Sowetan has seen, SAST was made aware of this by Absa on December 10, after a staff member in the finance department tampered with payment documentation and the electronic banking system.

The arts industry has reacted with shock to the dismissal of the South African State Theatre (SAST) deputy director Mamela Nyamza.
Entertainment
2 years ago

"The bank informed the CEO and CFO of suspicious payments. We believe that the SAST's payment system has been compromised by a person[s] in the finance department who have been making irregular payments to their own bank accounts or to the accounts of their friends, family and other associates."

Mkhize said although initial investigations uncovered two employees, they believed the crime involved a syndicate of past and present staff, their families, friends and suppliers.

"Preliminary investigations included interviewing the implicated officials who confessed to committing the fraud. Investigations have also shown that the administrative clerks in the finance department manipulated the electronic banking system and diverted funds into their own bank accounts," Mkhize said.

Mkhize said an employee who has since resigned agreed to cooperate with the investigations.

Mkhize said he was concerned that the fraud was not detected by different external and internal audit teams which points to the sophisticated nature of the scheme.

"During the 2015/16 financial year, SAST appointed an audit firm to specifically investigate anomalies in the theatre's cash and bank records but the auditors did not detect this fraud."