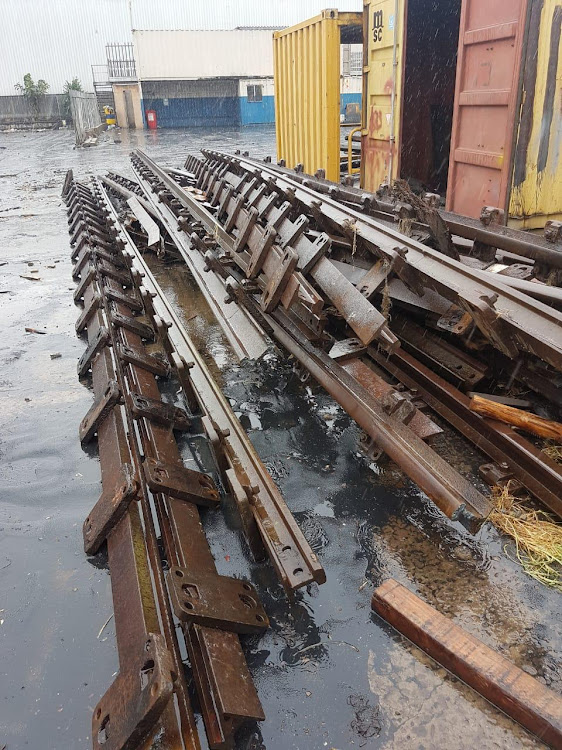 Two men will appear in court on Monday in connection with the theft of railway lines worth R8m.

The team began following up on leads with regards to the stolen railway tracks and railway sleepers.

Naicker said that on Friday morning, the team was joined by officials from Transnet, the Passenger Rail Agency of SA (Prasa) and Telkom, and they discovered tonnes of railway lines and railway sleepers at the scrap yard.

“The items were positively identified by a representative of Transnet as belonging to them.”

When questioned, staff at the premises produced documentation which indicated that the items were authorised for sale by Prasa.

“The letter was sent to the Prasa head office for verification and it was established that the letter was fraudulent. A total of 181 tonnes of Transnet infrastructure were seized by police.

“The items have an estimated value of R8m.

Naicker said further investigation led police to the owners of a scrap yard located in Greytown.

“Investigations revealed that the railway lines were removed from Greytown and two suspects aged 31 and 59 were arrested.

“They will appear in the Greytown magistrate's court tomorrow [Monday] for tampering with essential infrastructure,” Naicker said.

KZN police commissioner Lt-Gen Khombinkosi Jula applauded the task team for the arrests and the recovery of the stolen property.

“The theft of railway lines is of great concern as it has serious implications for our transport infrastructure,” Jola said.