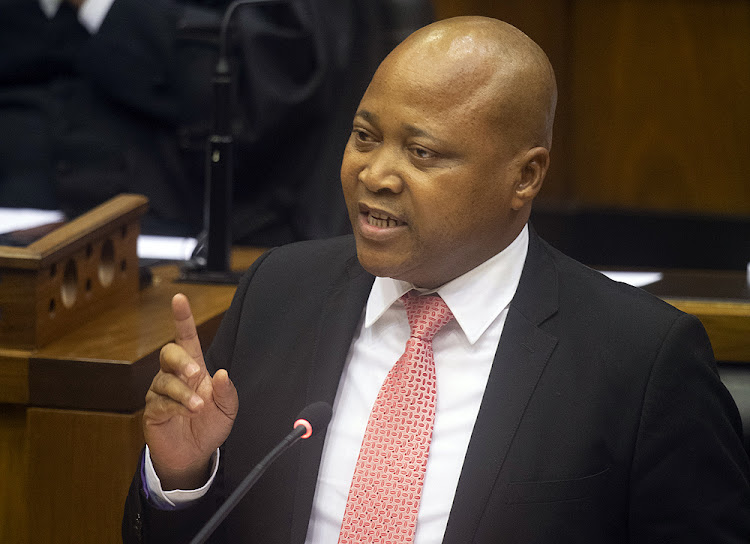 Sibongile Besani during the State of the Nation Address (SONA) 2019 debate at the National Assembly on June 25, 2019 in Cape Town, South Africa.
Image: Gallo Images/Jaco Marais

Besani resigned on Thursday after the league’s task team issued a strongly-worded letter on Wednesday in defence of Zuma.

Besani, a former provincial secretary of the ANC in the Free State during Ace Magashule’s reign,  is regarded as an ally of President Cyril Ramaphosa.

In his resignation letter, addressed to Magashule, and the rest of the party’s top six office bearers, Besani cited the issuing of statements he could not defend as one of the reasons for leaving.

He did not single out the Zuma statement in his letter.

“A tendency to issue media statements without consulting the co-ordinator is gaining ground under the guise of ensuring presence of the voice of the youth and autonomy of the YL.

“This is a recipe for unnecessary disagreements between myself as co-ordinator and those who advocate for this tendency. The fact is that I can no longer own up to statements that carry my name without being consulted and this will consequently undermine the rebuilding of the ANCYL,” wrote Besani.

The statement took a similar tone as those released by the ANCYL in KwaZulu-Natal, the uMkhonto weSizwe Military Veterans Association and the ANC Women’s League.

In their statement, the NYTT said Zuma’s warrant of arrest was nothing but the “continuous vilification” of the former president.

The ANC Youth League in KwaZulu-Natal has become the latest formation to come out in support of former president Jacob Zuma after the issuing of a ...
News
2 years ago

“For more than a decade, the state has failed to prove beyond reasonable doubts that the former president is guilty of any crime. Refusal of the sick note for Cde Zuma is proof enough that there is a mission to destroy what is left of him and his dignity,” reads the statement.

But Besani also cited the audit process of ANCYL branches, currently under way, in preparation for its elective conference.

“It has come to my attention that there is an audit process that is separate to the one I am exposed to or I know, as the coordinator. This relates to the appointment of auditors without my knowledge.

“My discomfort with this process can only serve to delay the process that is about to start. Most importantly, processes designed to exclude others, in particular myself as co-ordinator, carry the possibility of dubious legitimacy because I will not vouch [for] and support them,” reads the letter.

“I got a call from the convener [Tandi Mahambehlala] of the task team to say it’s true [the resignation],” said.

She said Besani had not discussed the resignation with Thandi or any of the task team members before his resignation.

Both Besani and ANC spokesperson Pule Mabe could not be reached for comment as their phones were off.