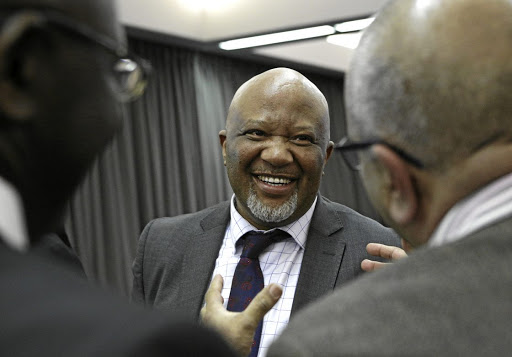 Former deputy finance minister Mcebisi Jonas has dismissed as false allegations linking him to an airline parts tender, which were made at the Zondo commission of inquiry into state capture.

Sibongile Sambo, founding member and director of SRS Aviation, a local company which was a BEE partner to AAR, the US company that placed a bid to provide aircraft components to SAA, was on the witness stand on Tuesday.

Business Day reports she alleged that a meeting was organised for Jonas to be introduced to AAR, which was involved in various collaborative projects with SRS Aviation, in relation to tenders to supply aircraft maintenance parts to SAA Technical.

Sambo suggested that Jonas had an undisclosed interest in a proposed BEE consortium involved with AAR, and that a Bongani More, who allegedly held shares on his behalf, was his relative.

Jonas hit back in a statement, stating her claims were based on hearsay and were untrue.

Deputy chief justice Raymond Zondo is shocked that Transnet under Brian Molefe's tenure as chief executive spent R24.8m for advertising space in the ...
News
2 years ago

" ... I have limited personal knowledge of the relationship between AAR and the BEE consortia with which it sought to partner.

“It is correct that I was invited to a dinner in Cape Town where I was introduced to a Ms (Cheryle) Jackson, representative of AAR, whom I was informed was interested in investing in South Africa. I told Ms Jackson that she should speak to the relevant management of SAA. I made it clear that I was not involved in the management of either SAA or SAAT.”

On the claim that More, who allegedly held shares on his behalf, was related to him, Jonas said: “This is false. She provides no evidence for this gratuitous allegation, other than what is colloquially referred to as 'double hearsay'. The allegation that I am related to Bongani More, or that he held shares on my behalf in the BEE consortium which participated in a response to a tender with AAR, is false. I have never held any interest whatsoever in any BEE consortium which partnered with AAR.”

Jonas said his support of the work of the commission probing state capture allegations was evident by his giving evidence before Judge Raymond Zondo on two occasions, in 2018 and 2019.

He issued a statement this week because “I do not believe that Ms Sambo’s unsubstantiated allegations should be left unchallenged.”

Hyatt Hotel 'too public' so Jonas, Zuma and Hlongwane met at Gupta home

ANC member Fana Hlongwane has corroborated parts of Duduzane Zuma's testimony at the state capture inquiry, denying that a bribe was offered to ...
News
2 years ago

He cites malicious prosecution
News
2 years ago
Next Article