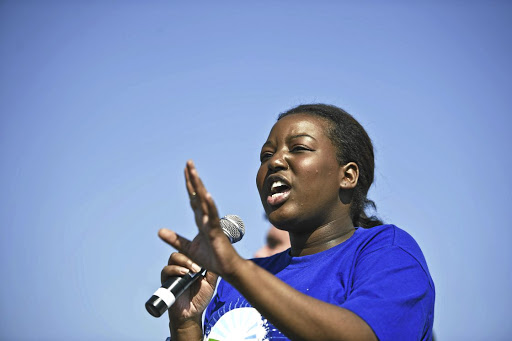 She will tomorrow officially announce her decision to enter the leadership race to fill a vacuum left by the erstwhile leader Mmusi Maimane when he unceremoniously resigned last year.

The 32-year-old, who was last year crowned Politician of the Year, says the party is in crisis which will lead to a further decline at the local government polls next year.

The DA goes into the elections scathed by a number of internal issues, including its unclear stance on race as well as resignations of a number of its high-ranking officials shortly after the unprecedented return of its former leader Helen Zille.

Those have since left the party include Maimane, Herman Mashaba, Athol Trollip and recently Mabine Seabe who handled the party's communications.

At the national general elections last year, the DA suffered a major blow, declining by almost 1,5% after their constituency mostly jumped ship to the Freedom Front Plus that rose by the similar digits.

Ntuli said a further decline at the polls, especially next year, will lead to job losses and she cannot watch this happen.

"My greatest fear is that many of our councillors will lose their jobs in the next election. I know that the majority of them are looking for other jobs to provide for their family," Ntuli said in a letter to DA members.

"Every day I hear from our councillors about their fears of not getting re-elected. This is not because they did not perform, but because our party will not perform. I know that many MPs too, are concerned about their futures."