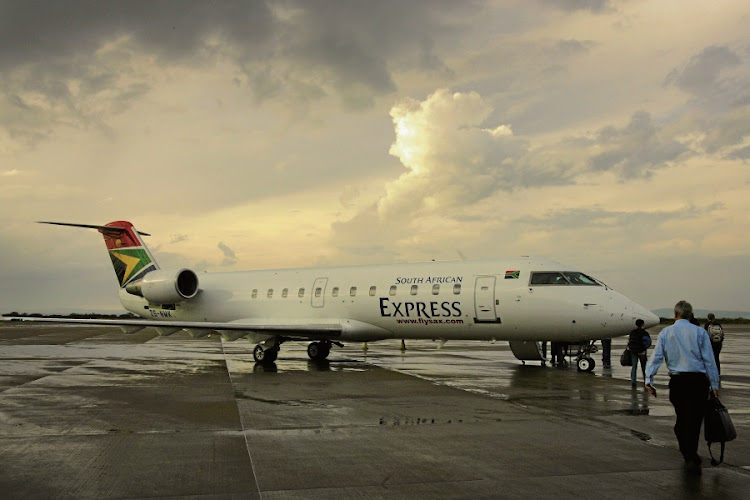 Cash-strapped carrier SA Express has become the second state-owned airline to go under business rescue following an order of the high court on Thursday.

In September 2019, SA Express received a government bailout of R300m to ease its operational and financial challenges. In 2018 it was granted a R1.2bn guarantee that the airline reportedly said was swallowed by historic debt.

Following the judgment, SA Express said it had instructed its attorneys to apply for leave to appeal the ruling.

SA Express services several smaller regional routes as a feeder to SAA, which was placed under business rescue in November, following a liquidity crisis.

The SA Express contract with Ziegler was an agreement to provide a range of services, including cargo management, customs clearing and inventory, and supply chain management.

The airline, however, has argued that there was no need to place it under business rescue because the contract with Ziegler, which was signed by former CEO Inathi Ntshanga in 2017, was irregularly obtained and had raised red flags when reviewed by new management.

Dippenaar ruled on Thursday that “SA Express is placed under supervision ... and business rescue proceedings [must] commence”.

“Daniel Terblanche and Phalani Mkhombo are appointed as the join interim business practitioners of SA Express,” the judgment read.

SA Express spokesperson Mpho Majatladi said the court “went over and above what it was required and granted orders not sought by the applicant”.

“The court has also not made any order on whether the matter was urgent or not, in circumstances when the urgency was specifically opposed. The company has instructed its attorneys to apply for leave to appeal, which leave will be filed as soon as it is considered and settled by senior counsel.”