Amcu leader pledges a fund for dead Lily mine workers 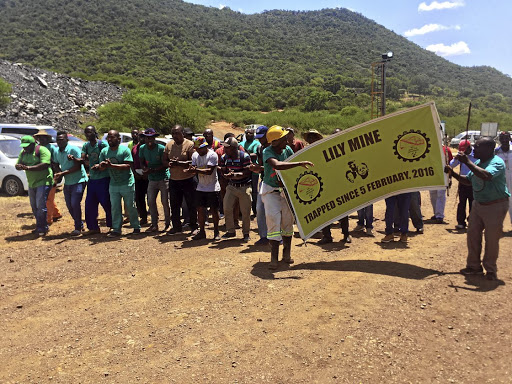 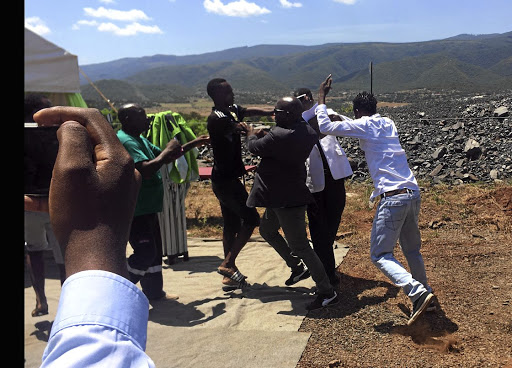 Mineworkers' union leader Joseph Mathunjwa says he will start a fund with his own salary to help retrieve the bodies of three Lily Mine workers who were trapped when the mine collapsed on February 5 2016.

Speaking at the fourth anniversary of the tragic incident that claimed the lives of Pretty Nkambule, Yvonne Mnisi and Solomon Nyarenda, Mathunjwa also promised to build their three families decent houses this year.

The three miners died when a lamp-room container they were working in as safety officers plunged down the mine.

Seventy-six other miners on duty that day were rescued through a shaft window.

There was drama yesterday at the anniversary event where an ANC branch chairperson at Lowscreek, Elfus Vilakazi, and a community member known only as Mavuso were manhandled and kicked out by former mineworkers.

At the same time Michael McChesney, the CEO of Vantage Gold Fields, which owns Lily Mine, stormed out when potential buyers of the mine, Fred Arendse of Siyakhula Sonke Empowerment Corporation, was called to speak on stage.

Families of the three miners who died in the Lily mine disaster in Baberto, Mpumalanga, have asked government to come clean whether it is willing to ...
News
1 year ago

McChesney told Sowetan he had to leave because people who were not supposed to be part of the event hijacked it.

Mathunjwa of the Association of Mineworkers and Construction Union (Amcu) said he had written to President Cyril Ramaphosa to assist in the situation of Lily Mine and also to minister Gwede Mantashe, but there was no response.

"I'm asking if these three miners who disappeared were children of the president what would have happened. Let's not be fooled by promises of people who want us to vote for them in a promise of an RDP house. Some of them, their car garages are bigger than your RDP.

Herman Mashaba out to retrieve Lily Mine trio

Former Johannesburg mayor Herman Mashaba has pledged money to help the families of three mineworkers who are still trapped at Lily Mine, outside ...
News
2 years ago

"The very same government issued a licence to Lily Mine to mine and three of our families are still trapped and our very own government is doing nothing about this," he said.

"I mean something must happen this year. The constitution is clear that the minerals belong to the people, so this is a mandate all must take; that this mine be owned by the locals. "

Nkambule's brother Sifiso Mavuso told Sowetan that all the families wanted the bodies of their loved ones so that they can find closure.

Former Lily mine workers believe they are on course to retrieve the remains of their three colleagues after they discovered what they believe are ...
News
2 years ago

Former mineworkers of the collapsed Lily Mine outside Barberton in Mpumalanga say they are making progress in finding their three colleagues who were ...
News
2 years ago

‘We are ready to help recover bodies’

Former Lily Mine employees and community members are ready to join the families in their quest to find the three who are still trapped at Vantage ...
News
2 years ago
Next Article