The woes of QwaQwa have clear origins 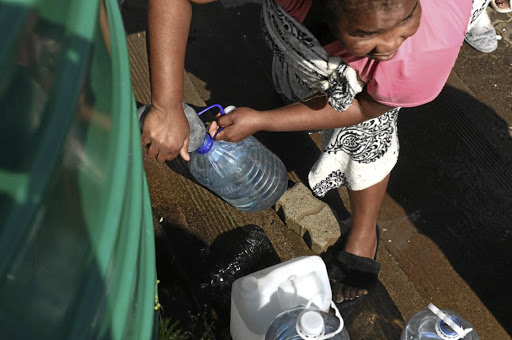 A woman fetches water from a jojo tank outside Mofumahadi Manapo Mopeli Hospital in Phuthaditjhabal. The hospital is also hit by water shortages.
Image: THULANI MBELE

Never underestimate the drama that takes place in a town's council meetings; it has direct impact on service delivery and the lives of the people living in the area.

About two weeks ago, close to 12 teenagers stood in the middle of the road leading to QwaQwa, on the feet of a hill. Three of them were armed with bricks while others stood in front of a big pipe which they had used to block the road.

On the other side of the hill was smoke from the burning tyres along the path that Sowetan had to take to visit QwaQwa after months without water.

"You are not going through. You can't, it is dangerous here," one of the boys told my colleague Thulani Mbele in Sesotho.

We insisted that we wanted to go through because we had driven close to three hours to get there, so there was no way for us to drive back.

"Give us something, cold drinkenyana," one of the boys demanded, even naming the price at R20.

Mbele and I did not even discuss the demand we just knew that we were not going to pay a cent. When a teenage girl realised that some of the boys were starting to feel for us she went and stood in front of the car shouting "no you must pay".

Just as we realised we were stuck, a police officer in an unmarked van came. He did not even say a word. He removed the blockages on the road and told us to follow him. There were at least three other obstacles on our path but no one could stop us.

We were visiting Mandela Park, a township where seven-year-old Mosa Mbele died while fetching water from a nearby river.

The department of water and sanitation has asked residents of QwaQwa to be patient as it tries to deliver water to the community.
News
1 year ago

Later that day when we had completed our work, we realised that some of the youth had indulged in the alcohol stolen during the looting and were having gang fights.

An old lady tried to reprimand them and one of the teenagers responded with "there is no water in this town, we have to drink beer".

Angry residents said they had had enough of living without water and government had to act immediately.

Shops were looted, schooling stopped and the health services suffered the most.

Taps went dry in December and the residents survived on water provided by tanks. But these were not enough to cover the whole area, so some of the residents, particularly the elderly who could not move quick enough to the trucks suffered.

Months leading to the taps running dry were quite difficult for the residents as the little water coming from the taps was not clean. 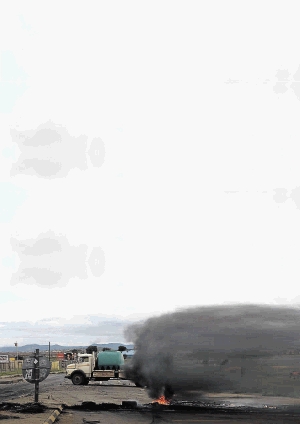 A truck carrying a jojo tank was blocked as QwaQwa residents protested over lack of water in the area.
Image: THULANI MBELE

So bad was its quality that the department of water and sanitation issued a warning to all the residents of the Maluti-A-Phofung local municipality that they must not drink it.

The question that comes to mind is how did an area with two dams - Fika Patso and Sterkfontein - end up with no water at all.

In February 2018, the broke municipality, which comprises the towns of Phuthaditjhaba, Harrismith and Kestell was placed under administration. It owed power utility Eskom and Sedibeng Water over R2.2bn.

QwaQwa was a bantustan or homeland during the apartheid era. When democracy came in 1994, the new local government was not faithful in maintaining infrastructure. This was not just water but also electricity, road and sanitation.

The weakness of Maluti-A-Phofung to maintain public infrastructure, mainly due to mismanagement, became worse in 2012 when ANC councillor Vusumuzi Tshabalala became mayor.

Corruption became rampant and the municipality's governance systems weakened day by the day. A number of violent protests against Tshabalala's administration over collapsed service delivery did not help the already distressing situation.

It got so bad that in June 2018, a motion of no confidence was tabled before council to remove Tshabalala. A majority of councillors, including ANC members, supported the motion. But a few minutes before it was voted for, Tshabalala resigned.

He was redeployed as ANC chief whip in the provincial legislature, a move seen by others as a promotion.

Following that drama, 16 ANC councillors were expelled from the party. But some of them later contested by-elections as independents and won 10 wards while the ANC retained five.

Long before their expulsion, the councillors, known as the Map 16, were known for campaigning for President Cyril Ramaphosa in the period leading up to the Nasrec elective conference. This was in opposition of the dominant faction in the province whose members were led by then Free State premier Ace Magashule who backed Nkosazana Dlamini-Zuma.

Dikwankwetla Party of South Africa, which used to run QwaQwa as a homeland, also had a short stint in power at Maluti-A-Phofung with its mayor Moeketsi Lebesa. He was later voted out.

While all this political fights were unfolding, maintenance and refurbishment of public infrastructure took the back seat. The water treatment plant attached to Fika Patso dam deteriorated, so did the pumps and water infrastructure across the municipality.

In Harrismith, a group of businessmen and residents - calling themselves Water Heroes - decided to fix their town's water infrastructure.

They managed to do that in a short space of time and even restored lights in suburbs that had been plunged in darkness, and fixed roads.

While Harrismith managed to help itself, QwaQwa residdents remain in limbo.