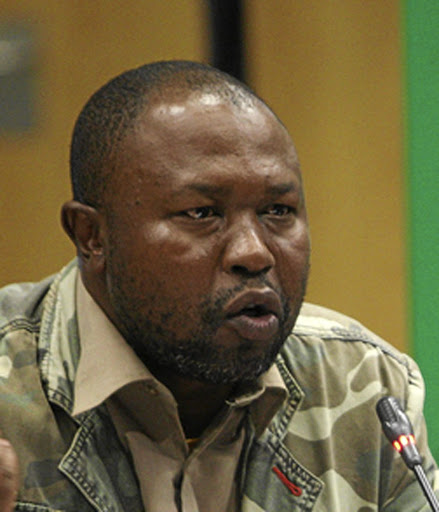 Whistleblower Thabiso Zulu. The SAHRC says it will try to get him state protection.
Image: Supplied

Zulu, who testified at the Moerane Commission into political killings in the ANC in 2018, narrowly escaped a gun attack in Pietermaritzburg after being shot and wounded in October 2019.

Zulu discharged himself from hospital and went into hiding after the incident.

The commission was approached by Zulu, seeking protection and his rights to freedom and security. It will assist him by engaging with the National Prosecuting Authority (NPA) for witness protection.

“The engagement process will take place pending the outcome of the review application which was brought by the president and minister of police against the report of the public protector, requesting the police to provide protection to Mr Zulu.

“The commission will further provide assistance to Mr Zulu in the review application,” it said.

The public protector found in an August 2018 report that police minister Bheki Cele's and the police's failure to protect Zulu and Les Stuta — who blew the whistle on corruption they claimed was behind the murder of Magaqa — could have resulted in the assassination of the two men.

The commission said in view of the challenges Zulu faced by not being provided with protection, the commission remained deeply concerned by the attempt on his life in October 2019, when he was attempting to gain protection.

“This attempt on his life occurred after the public protector’s report, yet there is no finality on the provision of his protection to date,” it said.

“The commission views Mr Zulu’s matter as one of extreme urgency and is further concerned that to date there has been no protection provided.”

The commission said Zulu’s matter fell within the ambit of its mandate to promote respect for, observance of, and protection of, human rights for everyone, without fear or favour.

It said despite confusion and disputes over which state entity should provide Zulu with protection, the constitution clearly obliged the state to protect his right to life and freedom and security.

Police minister Bheki Cele and the Treasury were among 50 government officials and organs of state that were named by public protector Busisiwe ...
News
3 years ago

A key witness in the controversial Moerane Commission of Inquiry into political killings in KwaZulu-Natal says his life is in danger after testifying.
News
4 years ago
Next Article