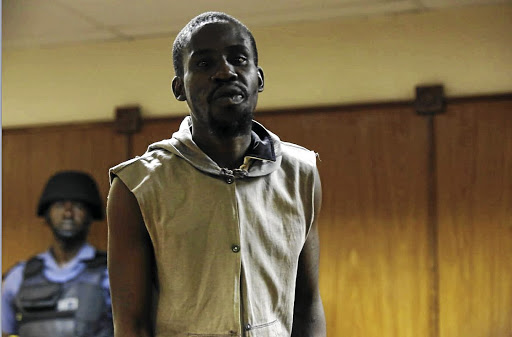 Aubrey Manaka, 28, who allegedly raped and murdered Precious Ramabulana in November, will appear in the Polokwane high court next month for allegedly raping a minor./ PETER RAMOTHWALA

The man accused of killing college student Precious Ramabulana, 21, has pleaded not guilty to all the charges against him, including the rape of a four-year-old girl.

Magistrate Lebogang Raborife-Nchabeleng read out all the charges to Aubrey Manaka, 28,  who pleaded not guilty, to the loud  surprise of the crowd who had attended court.

Raborife-Nchabeleng said Manaka is  facing charges of murder, rape and housebreaking with the intention of rape and robbery in relation to Ramabulana 's case. Ramabulana, a Capricorn TVET College student at Ramokgopa campus, was raped and killed in her rented room in Mokomene, outside Polokwane, Limpopo.

The magistrate has  instructed that the rape survivor who was allegedly raped  by Manaka in 2014 will not be identified and will be referred to as MM.

The man accused of the rape and murder of college student Precious Ramabulana will be tried for the rape of a five-year-old boy.
News
2 years ago

A Limpopo man accused of several crimes, including the rape and murder of Capricorn TVET College student Precious Ramabulana, 21, has been ...
News
2 years ago
Next Article