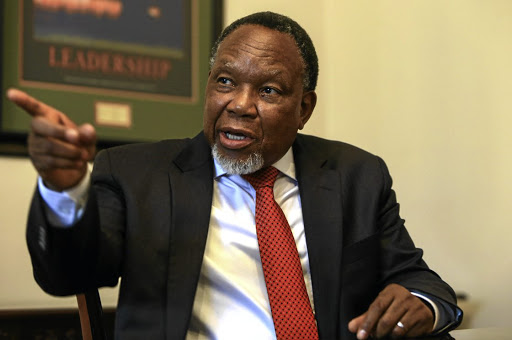 The best way to nail public officials who have looted public funds and aided state capture with impunity was to use the tax system.

This was instead of merely the using the criminal justice system‚ which took forever to bite.

This is the view of former president Kgalema Motlanthe‚ who was addressing the media in Parktown on Monday in his capacity as chairman of the ANC OR Tambo School of Leadership.

The school was outlining its programme of action for the year.

Motlanthe said the school‚ as much as it attempted to create a politically conscious ANC cadre‚ was not the silver bullet for the ills bedeviling the governing party.

General members of society who are not card-carrying members of the ANC were also invited to enroll in the OR Tambo school to be taught modules which related to democracy and the country's constitution‚ to enable them to hold their leaders accountable.

The school‚ among other tasks‚ has set itself out to educate ANC national executive members on the values‚ ideology and strategic objectives of the organisation.

Motlanthe was asked what must happen to his comrades who stand accused of looting public funds and aiding state capture‚ which collapsed several institutions of democracy during the tenure of former president Jacob Zuma.

The former president says the legislature should have passed laws to ensure equitable redistribution of land.
News
2 years ago

Would people in leadership positions be willing to sacrifice their lavish lives for the good of the people?
News
2 years ago

The former deputy president of the ANC said it was perhaps time the country used a different method to pin down those who stole from the public purse‚ and hoping to hand them long sentences through the criminal justice system was not one of those methods.

"The problem we have now is that our criminal justice system grinds very slowly. I wish we were following the Al Capone method and nailed people on tax. The rest will follow‚" he said.

"On tax‚ you could nail them tomorrow."

If the country adopted this approach‚ said Motlanthe‚ ANC comrades' consciousness‚ particularly those serving in government where they have control over public funds‚ would be better.

He said: "Conscience is what enables people to determine what is right and what is wrong‚ so you will not have to wait for a court of law to convict you because you will be holding yourself to different standards.

"You will know before you face charges that you have done wrong and that the honorable thing to do is to step down or step aside‚ otherwise your actions undermine and diminish the prestige of your organisation. You will know that if you are guided by your conscience.

"If you are in a leadership position and you hold people you lead accountable on certain standards‚ when you yourself fall foul of those standards‚ your conscience should help you because you guide others on the understanding that you have as a leader.

"If you yourself fall foul of those standards‚ your conscience should help you‚ and if it fails the collective should help you and if that [too] fails‚ then the taxman must help you‚" said Motlanthe.