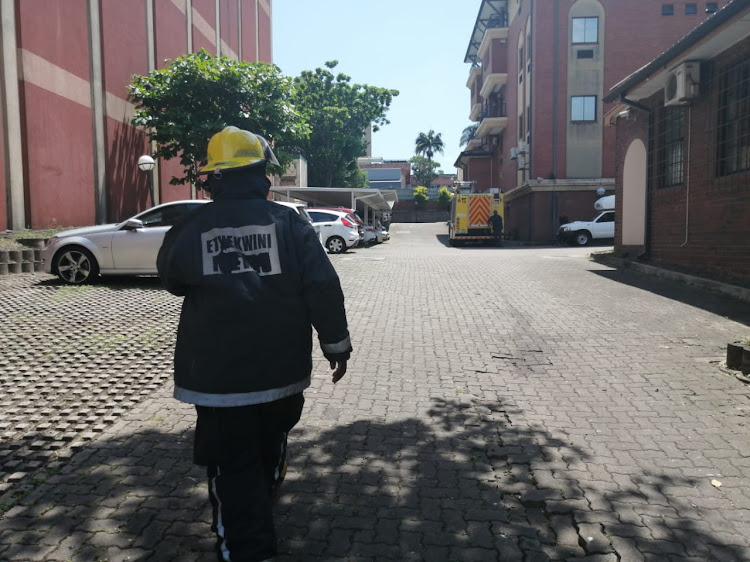 A fire broke out in the men's toilets at the Pinetown magistrate's court on Monday.
Image: Orrin Singh

Court proceedings came to a halt at the Pinetown magistrate's court after a fire broke out in the men's toilets on the first floor on Monday.

People were evacuated shortly after 10.30am.

The smell of smoke filtered through the corridors as SowetanLIVE's sister publication TimesLIVE proceeded to the source.

A small hole was made in the wall of one of the cubicles and the fire was extinguished by court officials.

Members of eThekwini Fire and Rescue arrived and will conduct a precautionary assessment.

The fire Brigade has arrived at the Pinetown magistrate's court following a fire which broke out in the mens bathroom on the first floor. The fire has since been extinguished but members of eThekwini fire will do a precautionary check. @TimesLIVE pic.twitter.com/GVV1fKBrXB

Court is expected to resume shortly.

The fire came in the midst of an appearance by a “soccer coach”, accused of raping a young boy after luring him by offering him help to achievehis dreams of playing professional football.

Police have arrested a 25-year-old man in KwaZulu-Natal who is alleged to have recruited a teenage boy, under false pretenses of furthering his ...
News
2 years ago
Next Article