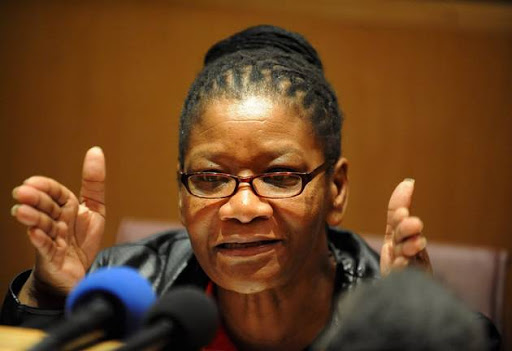 National Assembly speaker Thandi Modise has hit back at Public Protector Busisiwe Mkhwebane saying there’s no legal basis not to begin the process to remove her from office.

In a statement issued on Sunday, parliament said Modise responded to a letter she received from Mkhwebane on Tuesday in which Mkhwebane alleged that the rules agreed to to remove her from office were unconstitutional and unlawful.

“Her letter follows the announcement that the speaker will refer the motion tabled by the DA chief whip, requesting that parliament initiate proceedings for the removal of the public protector from office, to an independent panel of experts to conduct a preliminary assessment,” parliament’s spokesperson, Moloto Mothapo, said.

Modise insisted that this was not the case.

“Parliament’s processes and the rules adhere to the rules of natural justice, including the audi alteram partem rule, and are informed by the relevant constitutional principles of fairness, transparency and accountability. Accordingly, there exists no legal impediment or grounds for the assembly not to proceed with the implementation of the new rules,” Mothapo said.

Mkhwebane said this week that she had been advised that the rules were unconstitutional and unlawful in that they amounted to a violation of the constitutionally prescribed duty imposed on organs of state to protect the independence of Chapter 9 institutions.

“The rules also do not adequately provide the audi palteram partem rule — the principle of listening to both sides of the story — at all. They breach the rights of the heads of Chapter 9 institutions.”

She said the rules did not make provisions for the recusal of conflicted parties in any of the envisaged processes.

Mkhwebane said there were a number of people in the National Assembly who were currently or had recently been the subject of her investigations.

Mothapo said the speaker has confirmed that the substantive motion complied with the form requirements in the rules.

“The National Assembly and the rules of parliament safeguard against any risk of abuse of power or unfairness, including the inquiry process outlined in the new rules,” he said.

Mothapo said Modise could not unduly obstruct the right of any MP to table a duly compliant motion submitted in line with the constitution.

ANC MPs who are seen as part of an anti-President Cyril Ramaphosa faction have hinted that they will oppose a parliamentary process to remove public ...
News
2 years ago

“The determination that the motion complies with the rules does not imply that a decision has been made as to the required prima facie assessment, as the independent panel of experts is yet to be established. Parties have until Friday, February 7, to submit preferred nominees to constitute the panel,” he said.

Meanwhile, earlier on Sunday the ANC distanced itself from the views of its MP and former North West premier Supra Mahumapelo that Mkhwebane was doing a marvellous job and she should not be removed from office.

The party said in a statement that it noted the comments made by Mahumapelo around the motion tabled by the DA to initiate proceedings for the removal of Mkhwebane.

“Comrade Mahumapelo spoke in his personal capacity, and his views do not represent the organisation. It should be noted that the ANC has not yet discussed its position on the motion,” party spokesperson Pule Mabe said.

Speaking on Friday, Mahumapelo said Mkhwebane had done a sterling job and he did not believe anyone in the ANC would support her removal.

“It is not going to happen.” Mahumapelo used this line five times during a 13-minute address to journalists outside the Cape Town magistrate's court, while emphasising the point that the ANC could not support a “retrogressive” DA motion.

He accused the DA of seeking to divide the ANC in tabling the motion against Mkhwebane. Mahumapelo said by tabling the motion while not having the majority in parliament, the DA was hoping that some of the ANC's MPs would be tempted to support its motion.

The ANC said they were yet to decide on the matter.