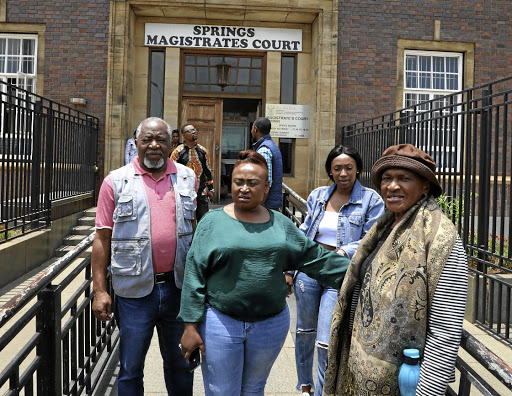 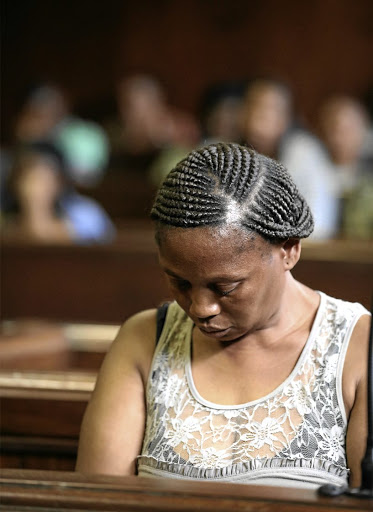 A woman who allegedly confessed to police about ordering a hit on her husband for an insurance payout has done an about-turn, deciding to no longer plead guilty for the crime.

Yesterday, Nonhlanhla Matiwane, 41, who appeared at the Springs magistrate's court for the murder of her husband Sibusiso Mthombothi, 42, told the court that she intended to plead not guilty on the matter.

Mthombothi was gunned down on March 6 by four men in KwaThema, Springs.

Matiwane was said to have confessed to the police that she hired the hitman who she had promised to pay R80,000 from her husband's insurance policy.

During her previous court appearance, Matiwane's lawyers asked for a postponement after she said she was not ready to make a plea.

However, yesterday Matiwane sprang a surprise when she decided to no longer plead guilty for the murder.

Prosecutor Laymon Mbazima said Matiwane's decision was the reason for the postponement.

"The state now needs to consult with all its witnesses in order to prepare for an open trial which will take about two to three weeks," said Mbazima.

Mbazima said in an incident where the accused had pleaded guilty the matter would have proceeded to mitigation and judgment.

Four men who appeared at the Springs Magistrates court with Nonhlanhla Matiwane, accused of ordering a hit on her husband, have escaped.
News
2 years ago

"However now that she wants to make a not-guilty plea the state must bring all evidence to be presented in court to prove her guilt," he said.

Mthombothi's aunt Prudence Gule said the family was shocked by Matiwane's decision to not plead guilty any longer.

"She confessed to hiring these men to kill him on her arrest, and she told police how the plan was carried out. So now we feel that she has no remorse for getting my nephew killed."

Gule said while some of the family members were willing to move on and forgive her, the decision has made them more angry.

"She took our son from us, who is also the father of her children and left us with many questions. But for her to show no regret at all for her actions has made us despise her," Gule added.

The victim's uncle, Solly Mthombothi, said the family was losing faith in the justice system. "We are very worried because Sibusiso's killers are out there walking freely. No one has been able to explain to us how the four men escaped from full police custody and how a group of men just accessed the police holding cells to set them free," Mthombothi said.

The case was postponed to February 24.

Police have re-arrested three of the nine prisoners who had escaped from the Springs Magistrates court on Wednesday afternoon.
News
2 years ago

A woman who is accused of ordering a hit on her husband has been remanded in police custody until her bail hearing next Thursday.
News
2 years ago
Next Article