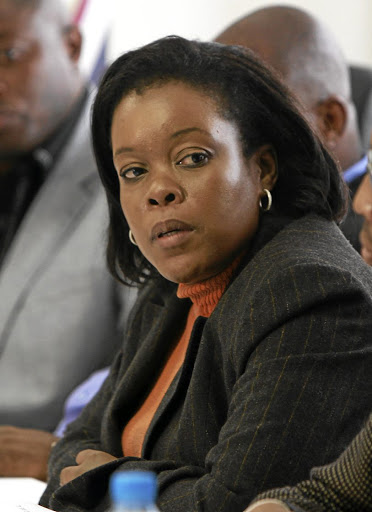 The body regulating estate agents in the country wants to amend the rules to make it easier for black people to gain entry into the industry.

The Estate Agency Affairs Board (EAAB) wants budding property developers and agents to be exempted from some of the regulations required of them to be able to register and remain as legal and recognised estate agents.

However, this has riled minority lobby group AfriForum which has written to minister of human settlements Lindiwe Sisulu requesting her to scrap this proposal as it "boils down to blatant racism and unfair discrimination".

AfriForum said it will take Sisulu to court if she failed to scrap the proposal.

As it stands, estate agents have to pay a certain levy and annual fees in order to not be disqualified. They also have to reach a certain level of education on the industry and provide audited statements.

These rules, according to the EAAB, disadvantage black, coloured and Indian people and it has proposed that they are changed so that property agents with an annual turnover of R5m are exempted from them.

She went on to describe the sector’s performance on the employment equity element of the BEE as codes as being “disastrous”.
Business
3 years ago

They now want these estate agents to be issued with the fidelity fund certificate required to operate as an estate agent even though they do not qualify, by virtue of being previously disadvantaged.

"We are intent on implementing the laws of this country, which include transformation, but most critically we are in full compliance with the constitution of this country that allows for reverse discrimination in order to address historical imbalances and we believe that is the key rational for this resolution," Mohlala said.

The industry is dominated by property big wigs such as Pam Golding Properties, Rawson Property Group, Remax and others.

Mohlala said: "If left unabated, we are perpetuating discrimination going into the future. Twenty-five years post apartheid the figures with regard to black estate agents still looks very dire."

She said they would meet with AfriForum who are opposed to the proposal.

AfriForum's anti-corruption unit head Monique Taute said it was worrying that rules would be applied differently to people of different colour.

"This proposed resolution in fact suggests different rules for different groups of people based on the colour of their skin. It is unfair discrimination according to section 9(3) of the constitution." she said in the letter.

"It cannot be that certain people are, in effect, exempted from being held responsible, while others are held to certain standards," she added.

Zimbabwean Ricky Marima reflects on the different types of privilege – and the benefits he’s gained in South Africa because of his “black foreign ...
News
7 years ago

If you get defrauded by an unregistered estate agent, you can claim your losses from the Estate Agency Affairs Board (EAAB). But not for long. Once ...
Business
3 years ago
Next Article