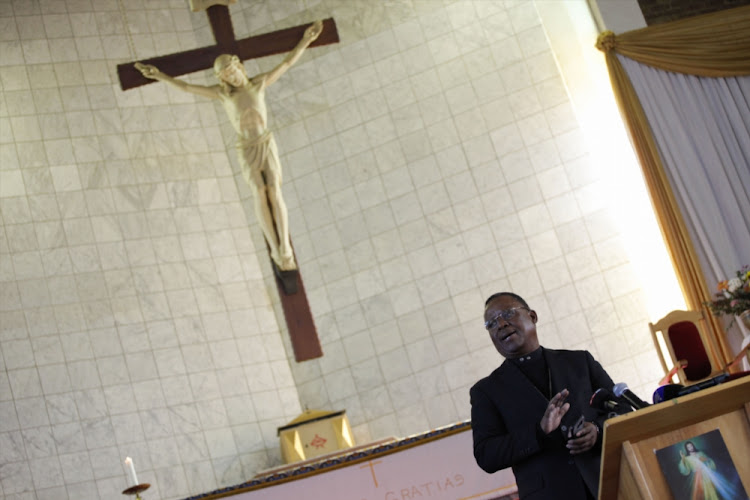 Reverend Frank Chikane gave harrowing accounts of his treatment by apartheid security police and how his church had not supported him. In one incident his interrogators ripped his afro-style hair from his skull and made him throw it into a dustbin.
Image: The Times / Alaister Russell

If the evidence of Reverend Frank Chikane was anything to go by, the church was not a place of refuge even for men of the cloth during the days of apartheid.

Chikane, at the inquest into Dr Neil Aggett's death on Thursday, testified about how he was arrested numerous times by security branch police from the premises of the church.

As he took to the stand of the high court in Johannesburg, he gave harrowing accounts of how, during one of his numerous arrests, the security branch police hanged  him upside down until he lost consciousness. At another point, they made him stand on a set of bricks for about two days while he was chained to a heater. In another interrogation session, they ripped his afro hair from his skull and made him pick it up and throw it in the dustbin.

The Apostolic Faith Mission, he said, had done little to assist him during his many incarcerations but instead had called a meeting and spoken about how he and his wife should leave the mission house they occupied, arguing that they were tired of the negative publicity he was attracting.

“I was suspended from the church. They said I was suspended until I repented,” Chikane said. The church was tired of how he appeared to always be attracting trouble.

Behind bars and during his days of torture, the security branch officers even listened in on his prayers which they used in records against him. Chikane would spend some of his time praying against apartheid.

Former struggle stalwart and ANC member Barbara Hogan on Wednesday revealed how she was haunted by the “Close Comrades” documents she compiled which ...
News
2 years ago

Chikane told the court how at one point he was arrested and kept at the Mondeor police station in Johannesburg south. He was the sole prisoner in the police cells and sometimes the officers forgot about him, even forgetting to give him food.

Eventually, he was moved to John Vorster Square police station in Johannesburg. At one point, officers took him to the third floor of the station. “They told me that this is where they took out [Ahmed] Timol,” he said.

“They said they had thrown him out of the window and would do the same to me ... They did everything to get information from me. When they said that, it confirmed my views that Timol did not jump but was thrown out,” Chikane said.

Similar words were spoken when black consciousness leader Steve Biko died. “When Biko died, I was in solitary confinement in Rustenburg. Security police told me Biko had died and I would die in the same way,” he said.

Former struggle stalwart Barbara Hogan, who was an underground ANC operative when it was banned during apartheid, on Wednesday testified about how ...
News
2 years ago

Chikane testified that a lot of things had changed at the Apostolic Faith Mission since the times when police would come and pick him up from the church premises.

“The AFM has changed radically. It was divided along racial lines before ... When we united in 96, the leader of the white church publicly asked for forgiveness about what they did to me. We are the only church that was divided that has since reached unity. Back then, there was no sympathy. They believed I was a terrorist,” he said.

Chikane is expected to give evidence regarding the last days of Aggett. The medical doctor and trade union organiser was detained at John Vorster police station at about the same time as Chikane. Aggett was found dead in his police cell on February 5 1982 after spending about 70 days behind bars, where he was tortured and interrogated.

His death made headlines as he was the first white person to die in police detention under the watch of the apartheid police. The security branch police alleged he had hanged himself but his family always maintained that police murdered him.

While a 1982 inquest had cleared police of any wrongdoing, this new inquest is to determine whether there was any foul play in his death.