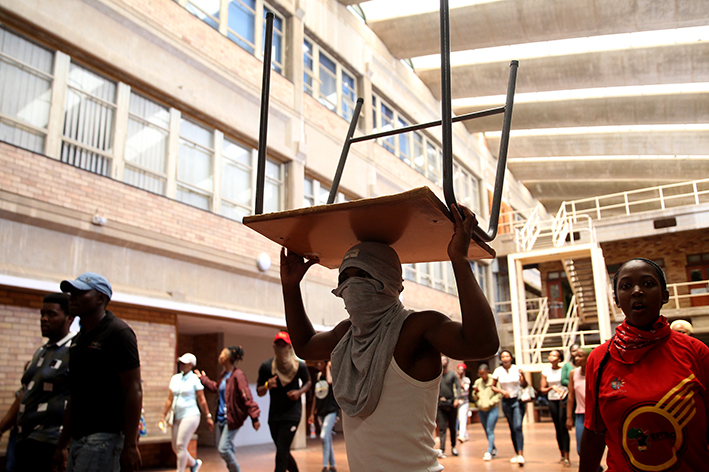 Thirteen students have been arrested this week for public violence in KZN.
Image: Sandile Ndlovu

The ANC in KwaZulu-Natal has appealed for calm after a week of student protests, mainly at the University of KwaZulu-Natal.

As of Thursday afternoon a total of 13 students, six from UKZN and seven from Unisa, had been arrested for public violence.

On Wednesday, the security control centre at UKZN’s Westville campus was petrol-bombed and rubbish bins set alight at Howard College.

“These abominable incidents are a setback to the interventions that have been made by the university to address some of the challenges faced by students,” said the party in a statement on Thursday.

Unrest broke out at the university on Monday when students protested about financial exclusion and other funding issues.

It is said that students are required to pay 15% of their historical debt before they can register for the 2020 academic year.

“We understand that almost 70% of students from impoverished families cannot accumulate the 15% of outstanding fees required by the university in order to be eligible to register.

“We wish to urge the university to speedily come up with a solution that will enable the poor students to register as we believe this could prevent further destruction at the university,” said the ANC.