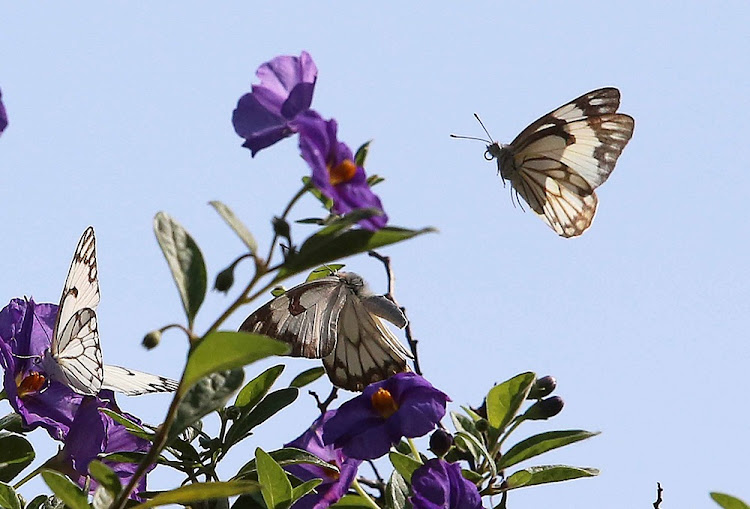 Over the past few days South Africa has been awash with a sea of white butterflies floating through the skies.

This phenomenon had many wondering if perhaps the beautiful creatures were escaping a pending catastrophe that we humans were not yet aware of.

According to information on the Conservation of Butterflies in South Africa website, this is a normal part of the ecosystem.

The white butterflies, commonly known as the brown-veined white butterfly, migrate every summer. They come together in KwaZulu-Natal and the Free State to move through Gauteng and Mpumalanga to reach Mozambique. As the butterflies move, they create a sense of urgency in other butterflies which join the masses.

“They then pass through in the hope to reach Mozambique, in the surrounding district near Ponte and head directly east into the sea in an attempt to cross the ocean to reach Madagascar and further north into Africa and even further to their unknown destinations,” writes Earle Whiteley.

According to Whitley, once they reach Mozambique they move east towards Madagascar but die en route because of dehydration.

“Unfortunately the butterflies die during this last part of the journey because they become so dehydrated and cannot make the long journey, thus ending up in the sea and becoming fish food. This is only nature’s way of culling the herds, so to speak.”

One in seven plants and animals in SA threatened with extinction: report

One in seven of the thousands of plants and animals assessed by the SA National Biodiversity Institute (SANBI) in its latest four-year study is ...
News
2 years ago
Next Article