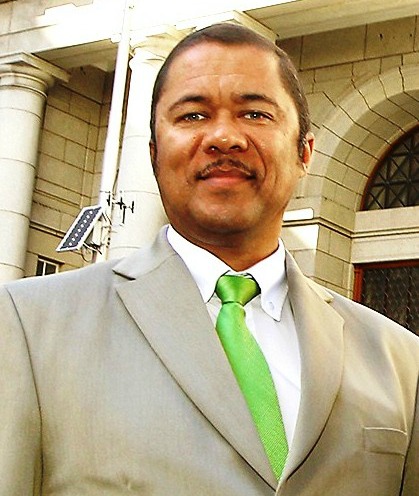 Col Charl Kinnear was allegedly the target of a couple who wanted to kill him with a hand grenade.
Image: SAPS

A man and woman allegedly involved in a plot to murder police anti-gang unit section commander Col Charl Kinnear using a hand grenade had their bail application postponed on Wednesday.

Faeez Smith and Amaal Jantjies seemed confident and chirpy when they entered the Bishop Lavis magistrate's court in Cape Town on Wednesday. Jantjies stuck her tongue out to a friend in the gallery.

The pair were arrested outside Kinnear's home on November 23, allegedly in possession of a grenade.

Kinnear's wife Nicolette was in the court gallery along with a contingent of heavily armed police officers from the unit.

The case started after a lengthy wait as the pair's defence lawyers discussed their instructions with the prosecution and then handed them to the magistrate. The prosecution asked for a postponement until February 4.

Jantjies and Smith seemed happy about the development and appeared confident as they were led to the cells.

At the time of the incident, the anti-gang unit had started clamping down on an alleged underworld figure at his properties in the city's northern suburbs.

He in turn filed urgent applications at the Cape Town high court in a bid to bar police from “harassing” tenants living at his properties during raids.

He claimed his tenants and security guards were assaulted by members of the unit in raids he alleged were conducted without search warrants.

Man gunned down near N1 City Mall in Cape Town

A 47-year-old man was shot dead near the N1 City Mall in Cape Town, police said on Monday.
News
2 years ago

The 10-year-old Tafelsig girl who was shot in a crossfire between gangs was buried on Tuesday.
News
2 years ago
Next Article