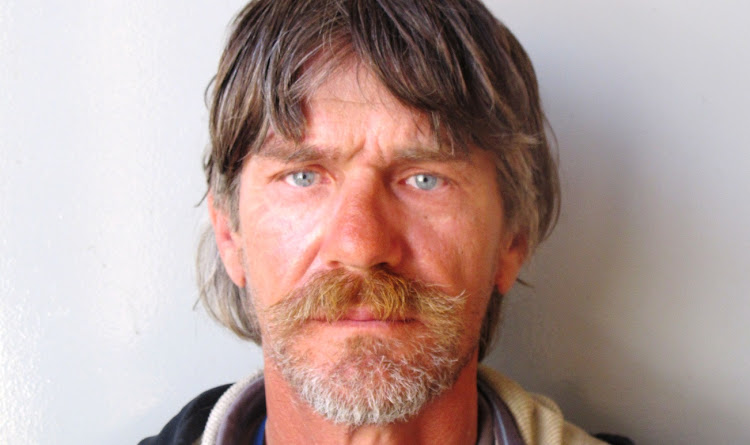 James Prinsloo, who was sentenced to 12 years in prison for being in possession of and creating child pornography, will stand trial for rape.
Image: SA Police Service

A Durban man who received a 12-year sentence on Wednesday for being in possession of and creating child pornography will stand trial in Cape Town for raping a young girl.

His previous convictions revealed that Prinsloo had a disturbing criminal past.

He was convicted of assault as a teenager; of culpable homicide for “a shooting accident” in the army; for indecent assault, the details of which are not known, and for incest, for having sex with a close relative who initially accused him of rape and for which he spent time in jail.

There was a warrant of arrest for him for the Cape Town matter when he was arrested late last year on the child pornography charges. He was therefore kept in custody.

Prinsloo, who said he was disabled and walked with a crutch, was caught after leaving his cellphone in a taxi. The taxi driver took the SIM card out and put it in his phone.

A former principal of a Methodist Church school has been cleared of possessing child pornography, more than six years after his arrest.
News
2 years ago

More than 100 images and videos showing children being raped started to download. He went straight to the police.

He told the court he only knew one child in the images, the child he had “slept with” in Cape Town.

The others were sent to him by people on a WhatsApp group.

“I knew that what I was doing was wrong. I am deeply ashamed,” he told the court. “I got sucked in. I left Cape Town (in December 2018) to come to Durban to get away from all of this.

“No woman will look at me the way I am. That’s probably part of the reason. Initially I was disgusted by the images. But then they started intriguing me.”

Under cross-examination by prosecutor Shayna Naidoo, Prinsloo conceded that if he had not lost his phone he would not have reported the WhatsApp group to the police.

However, he co-operated with the police investigation and provided the telephone numbers of people on the group.

The magistrate said in spite of progressive children’s rights legislation, crimes against children were alarmingly high.

Cybersex criminals in Africa have 'free rein', and the continent’s girls and young women suffer frequent and horrific abuse as a result
News
2 years ago

A 30-year-old Mpumalanga teacher was arrested for having allegedly entered into an inappropriate relationship with a 14-year-old pupil.
News
2 years ago

Prosecutor gets 10 years for possession of child pornography, sexual assault

A Western Cape prosecutor was on Monday sentenced to 10 years in prison on 157 charges of possession of child pornography and one charge of sexual ...
News
2 years ago
Next Article