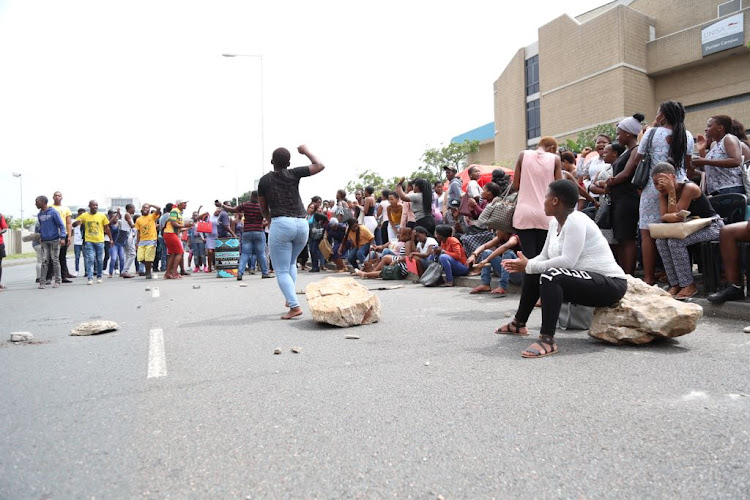 Protest are spreading across the country as the South African Union of students intensify the call for a national shutdown at public universities. North West University in Mahikeng have had to close and send students packing  following violent protests. On Tuesday, students were told to vacate the campus and it is not clear as to when they will come back again.

This comes after the South African Union of Students (SAUS) announced the national shutdown of public universities on Monday.

This came after the SAUS, student representative councils presidents and secretary-generals resolved that they should embark on a national shutdown of all universities until their demands were met by the minister of higher education, Blade Nzimande.

These unacceptable actions were reported to the police and a case of assault has been opened.

The safety of students and staff on campus is increasingly in jeopardy, so after consultations with relevant stakeholders including SAPS the management resolved to close the campus until further notice to ensure the safety and security of stakeholders,” Jacobs said.

He said  management was deeply concerned about the incidents of violence.  “In solidarity with the call from the SAUS to shut down campuses, a group of students have been preventing people from entering the campus. However today (Tuesday) it has been quiet but we haven’t made a call as to when the campus will re-open,” Jacobs said.

Jacobs said things were normal in their other campuses.

Police spokesperson Col Pelonomi Makau said the police were monitoring the situation, while SAUS spokesperson Thabo Shingange said they had noted the reactionary decision by North West University and they will soon release a statement.

He said the University of Venda and Walter Sisulu University have also joined the shutdown.

Police fired stun grenades and rubber bullets as student protests kicked off at the University of South Africa in Durban on Monday.
News
2 years ago
Next Article