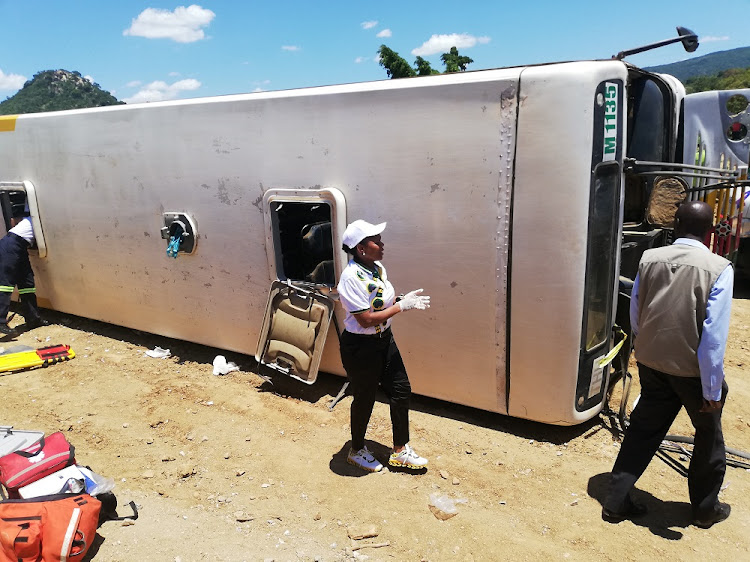 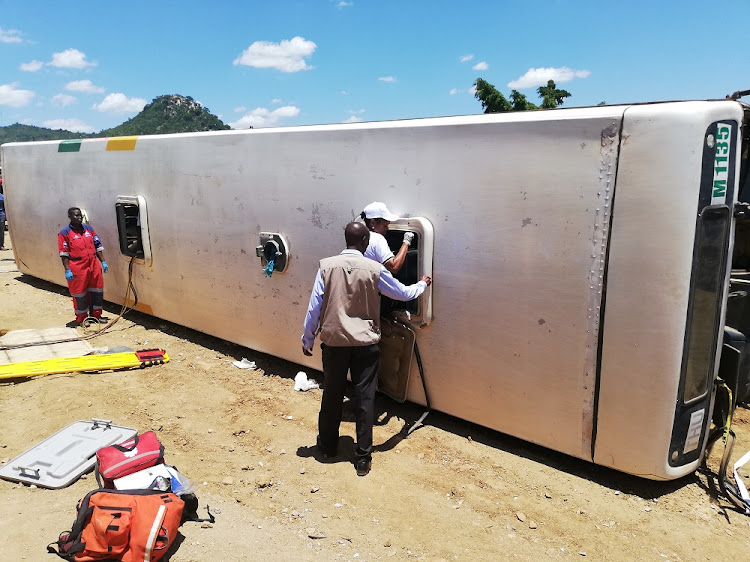 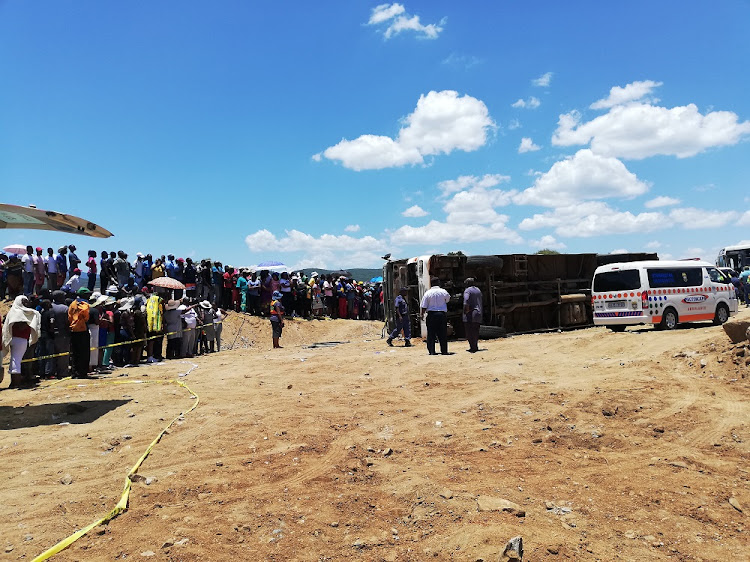 "Before we left Polokwane this morning to Mohlabaneng village she said to me close your mouth, and she kissed my lips and drove off."

This is the sad reaction from a Limpopo husband who lost his wife, also a bus driver, when her vehicle crashed at Sekgopo village outside Modjadjiskloof.

MEC for transport Dickson Masemola confirmed that six people died while several others were injured when the driver of the bus they were traveling in lost control, causing the vehicle to roll over at the accident-prone Sekgopo Hill along the R81.

The husband of the driver whose bus crashed refused to be named before he formally informed his family. Both husband and wife, are Great North Transport bus company employees, and they were ferrying ANC supporters to the party's 108th anniversary celebration taking place at Mohlabaneng village in Bolobedu.

Two people have been certified dead and a dozen others taken to hospital after an articulated truck collided with a Putco bus on the notorious Moloto ...
News
2 years ago

ANC Waterberg region spokesman Matome Taueatsoala confirmed that the bus which crashed was ferrying people from the region.

Minister for home affairs Aaron Motsoaledi and Limpopo MEC for health Phophi Ramathuba, who are both medical doctors, rushed to the scene and got directly involved in the efforts of rescuing and attending to the injured passengers.

Said MEC Masemola: "We would like to send our deepest condolences to the families of the comrades who died and wish for speedy recovery to those who sustained injuries."

The ANC celebration is currently underway at Lebaka sports complex in Mohlabaneng, 117km northeast of Polokwane.