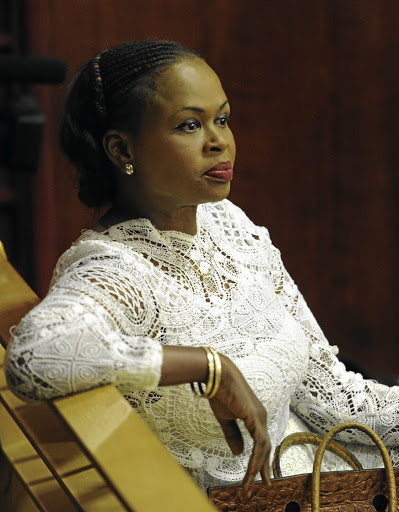 The EFF has sent out a one sentence apology to seasoned journalists Thandeka Gqubule-Mbeki and Anton Harber for referring to them as Stratcom agents.

Yesterday the court found that the party and its spokesperson Mbuyiseni Ndlozi had no evidence that Gqubule-Mbeki and Harber were Stratcom agents and were ordered to apologise and pay them R40,000 in damages.

They were also interdicted from making  any statements in the future that suggested the pair worked with the apartheid government.

Stratcom was a group hired by the apartheid government to spread misinformation and fake news through well-orchestrated smear campaigns on those who fought against the then government and Winnie Madikizela-Mandela.

Ndlozi had claimed that Gqubule-Mbeki and Harber were part of the group.

The high court in Johannesburg on Friday ordered that the EFF apologise to SABC journalist Thandeka Gqubule and the Weekly Mail’s founder‚ Anton ...
News
2 years ago

“In terms of the court order, we unconditionally retract and apologise for the allegations made against Mrs. Thandeka Gcubule-Mbeki and Mr. Anton Harber,” the EFF said in a short statement in the early hours of Saturday morning.

A video clip from a 2017 interview with the late ANC stalwart Madikizela-Mandela was posted by Huff Post SA, where she spoke about her experience and treatment during apartheid. Madikizela-Mandela had said that the Gcubule-Mbeki and Harber, through their then newspaper The Weekly Mail, “actually did the job for Stratcom”.

Shortly after the clip was posted, the EFF released a statement saying that there were 40 journalists who worked for the apartheid government, some of whom were still allowed to work in newsrooms.

They cited the fact that Madikizela-Mandela had specifically singled-out Gqubule-Mbeki and Harber. The two subsequently launched a defamation case against the EFF and R500,000 each for damages.

The court has now found that there was no evidence to support this claim and ordered they get paid R40,000 in damages and also for their lawyer fees to be covered by the EFF and Ndlozi.

Former SABC chief operating officer (COO) Hlaudi Motsoeneng has rejected claims that he was directly involved in the suspension of eight journalists ...
News
2 years ago