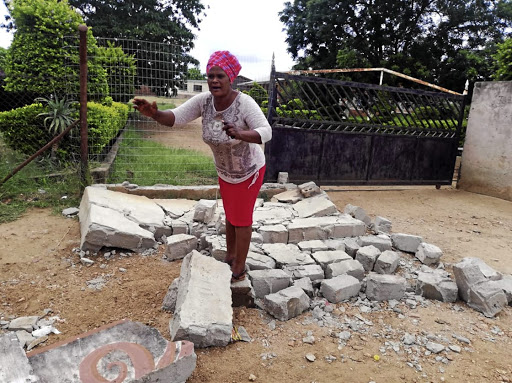 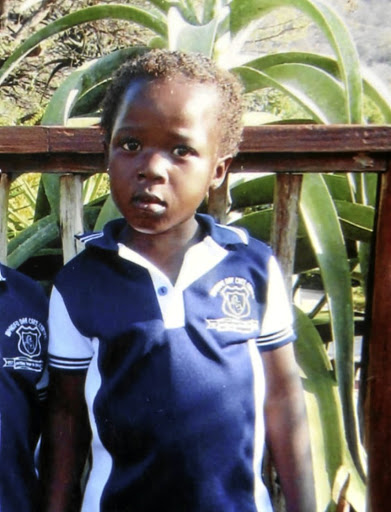 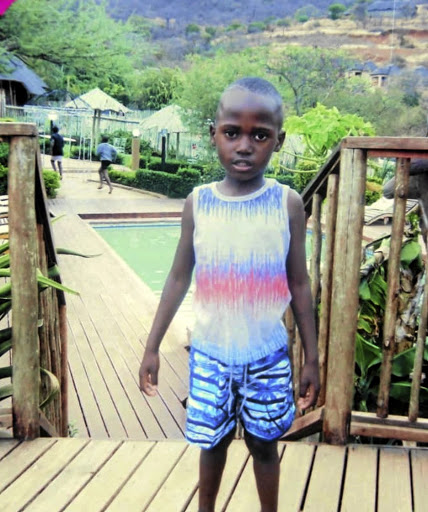 An 11-year-old pupil has been hailed as a "hero" for saving three lives when a school wall suddenly collapsed, killing two of his cousins.

Amu Mohale was one of six cousins who stood next to a wall at Lekgolo Primary School in Ga-Mamaila village near Elim, Limpopo, waiting for a truck to exit the gate.

The Grade 5 pupil, who was the eldest of the six, rushed into action heroically when he saw the school wall collapsing after the truck had passed, saving the lives of three of his cousins on Wednesday.

But he could do nothing for Sello Mohale, 7, and Rethabile Nakana, 5, who were crushed to death.

Amu, who spoke to Sowetan in front of his grandmother Anita Mohale, said they were returning from a tuckshop to buy snacks when the tragedy struck.

"After we bought the snacks we decided to go back inside the school yard but we couldn't because the truck was also exiting. We then stood next to the wall to allow the truck to pass," he said.

Amu added that he was the first to see the wall collapsing.

"I knew the wall wasn't solid because every time a vehicle passes by it would shake. When I saw it falling I quickly dragged away my three cousins, and unfortunately when I returned to rescue the two it was very late as the wall abruptly fell," he said.

Three men accused of being house robbers were beaten to death in a mob justice attack in Ga-Wally village in Mokwakwaila, outside Tzaneen, on Sunday.
News
2 years ago

Anita said it was through Amu's courageous act that his other cousins' lives were spared.

They escaped with minor injuries and Amu was unharmed.

"I want to ask God to give him strength and more wisdom for what he did," she said.

The grandmother said though Amu appeared to be blaming himself for failing to rescue the two cousins, to the family he is a hero.

Anita said the mothers of the two children who died were hospitalised due to suspected trauma.

It is alleged that the wall was reported to the school but pleas for it to be fixed were ignored.

"When I told the principal, he rudely told me that I can't tell him what to do. I even informed the school governing body about the potential danger the wall might pose to the children," he said.

Sowetan has learnt that parents held a meeting yesterday in which they resolved that the principal should be fired.

A parent who attended the meeting, Azwinndini Mukhufi, said they want the principal to go because he refused to fix the wall.

"If the principal had listened, those children would still be alive. We resolved that the principal must leave with immediate effect," she said.

Department of education spokesperson Sam Makondo said: "What we know as the department is that a school gate wall was bumped and collapsed on learners, two of which lost their lives, with two others getting injured."

Makondo said the incident was tragic and difficult to bear.

"Any other allegations, the department is ready to follow up in the interest of learners at the school," he said.

MEC Polly Boshielo said she was deeply saddened at the news and that the department's psycho-social unit has been dispatched to start providing trauma counselling.

Classmates and friends of 19-year-old matric pupil Lulama Nkomana were on Sunday still coming to terms with her death.
News
2 years ago

The funeral service of six-year-old Boitumelo Matsekoleng, who died from injuries sustained during a horrific rape, was taking place in Ga-Mampane, ...
News
2 years ago

"We had accepted that she was raped and she would subsequently recover to live with the gruesome experience for the rest of her life ... but her ...
News
2 years ago
Next Article