Wreckage found in hunt for CAA plane with three crew aboard 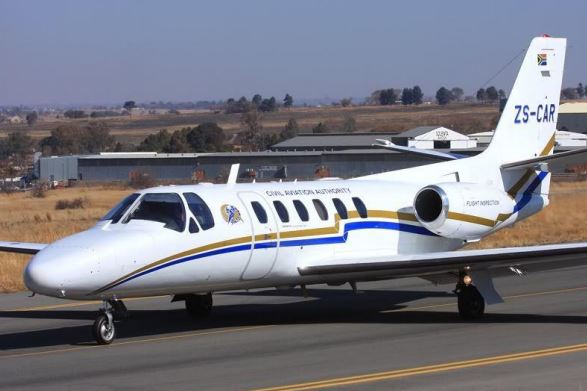 The CAA's Cessna Citation flight inspection aircraft which is believed to have crashed near Mossel Bay on January 23 2020.
Image: CAA

Wreckage was found on Thursday in the hunt for a SA Civil Aviation Authority (CAA) plane with three people aboard that disappeared in the southern Cape. 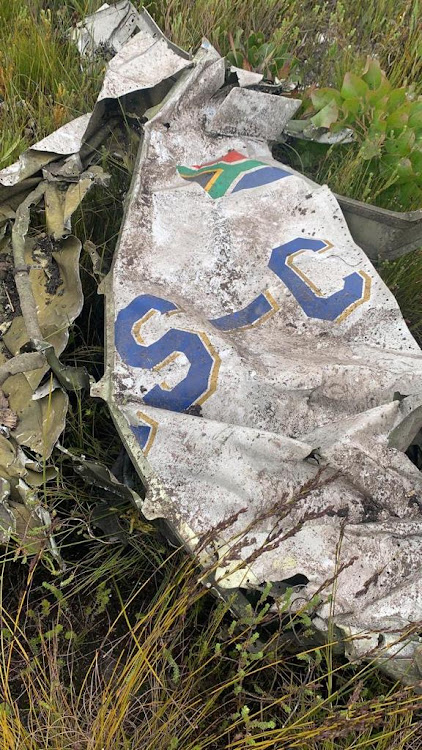 Wreckage believed to be of the CAA plane.
Image: Supplied

A photograph sent to TimesLIVE by an aviation source appeared to show the tail of the Cessna Citation, with the registration mark ZS-CAR.

The plane, which was used for calibration of airport systems, is believed to have crashed in the mountainous Ruiterbos area between Mossel Bay and Oudtshoorn in the Western Cape.

The CAA confirmed that it had not been able to make contact with its flight inspection unit aircraft which took off earlier from George Airport, east of the aircraft's last known location.

“The crew, two males and one female, took off at 10.40 (local time) from the George airport on a flight calibration mission of navigational aids of the same airport,” said a statement.

“The air traffic control tower could not make contact with the aircraft 10 minutes after take-off.

“The SACAA will issue a further update later today.”

CAA spokesperson Kabelo Ledwaba said he could not comment on the photograph that appeared to show wreckage of the plane.

Earlier, an aviation source told TimesLIVE: “As they've not yet found any wreckage or picked up any emergency locator transmitter signals, they are not yet ready/able to confirm that it has crashed.”

Quinton Oerson, who works at the Eight Bells Inn in the area where the plane disappeared, said search efforts were being hampered by mist.

Staff had neither seen nor heard anything that might indicate a crash, he said.

“The mountains are still covered in mist, and that makes it difficult — we haven’t seen any smoke.”

He said search and rescue personnel were on site, and the inn had received queries from aviation officials.

The 33-year-old plane was used to transport CAA inspectors to airports locally and in neighbouring countries. A key task is to conduct annual calibration of instrument-landing systems at SA airports.

The aircraft was grounded in November 2019 after smoke billowed into the cockpit just before take-off from Lanseria airport in Johannesburg.

I hope the crew of ZS-CAR are okay.

I saw them yesterday taxiing out of the Absolutely Maintenance hangar.

I hope they are found.

The Sunday Times reported in December that the twin-engined 12-seater screeched to a halt on the runway on November 8. The take-off was aborted and the plane limped back to a hangar. Both rear tyres deflated as a result of heat generated by the emergency braking.

TimesLIVE understands that the pilot during the Lanseria incident was also at the controls when the plane disappeared on Thursday.

An SAA pilot said on Thursday: “I hope it (the suspected crash) had nothing to do with smoke in the cockpit they’d experienced before.”

The November emergency was described in a detailed, preliminary serious incident report on the CAA website.

Parliament wants a full report into the SA Air Force plane crash in the Democratic Republic of the Congo last week.
News
2 years ago

According to the report, the crew of the Cessna also encountered smoke in the cockpit the previous day while flying at altitude, resulting in maintenance checks on both engines after the plane landed.

“After landing, the crew conducted an inspection of both engines and there was no oil visible on the dipstick on the No 1 engine,” the CAA report said.

The defect was addressed, a ground test of the engines was conducted and the plane returned to service.

“During the take-off roll from Runway 07, the crew experienced smoke in the cockpit. The crew decided to abort the take-off and the aircraft was taxied back to the hangar area before the engines were shut down.

“After the aircraft was parked, it was discovered that the right main-gear tyre deflated and minutes thereafter the left main-gear tyre also deflated. The crew did not report any injuries.”

The plane’s airworthiness certificate, first issued in October 1986, was due to expire in October this year.