Mabuza slams claims of hostility with Phosa as baseless 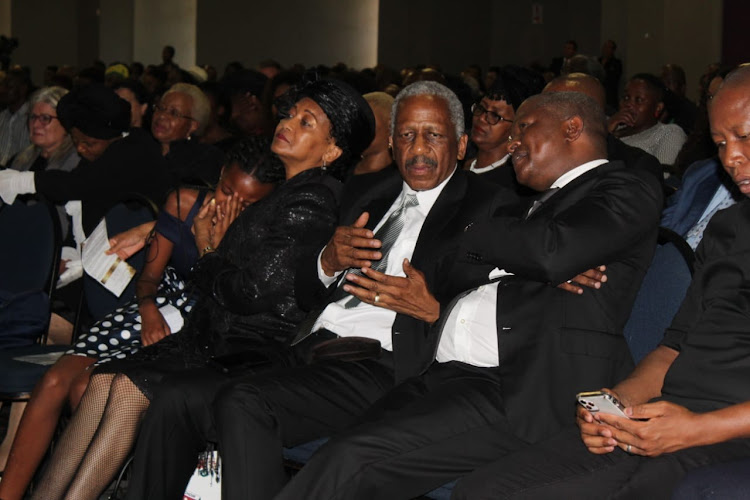 Speaking on behalf of the ANC, during the memorial service of Phosa’s eldest daughter Moyahabo Paula Phosa, Mabuza sang praises of  Mathews Phosa and assured the people of Mpumalanga that he (Mabuza) and the Phosa family were intact.

Moyahabo, who was was better known as Moya, passed away on Monday at the Nelspruit Mediclinic.

“I knew comrade Mathews when I was like 24 years. When I was about 34, when still a teacher, he asked me to serve in provincial government and I refused. When I was at school teaching he sent cars to come fetch me. I came and found people queuing and he made me an MEC of education,"said Mabuza.

"I knew Moya when she was a little child, like five years old. When the premier called me to his house she would open the door for me. I remember one day we were sitting and smoking with the premier and she came and asked me, 'why are you smoking?’.  I didn’t answer her but I said ‘but daddy is smoking too'.”

“I don’t know why comrade Phosa chose me to discuss difficult issues, but I remember one day when he called me and said I must go tell so and so to step down. Comrade Phosa would always respect my views and if they are not making sense he would say it. As an activist myself, comrade Phosa was always in front of me. I’m proud to be [what I am today] because you taught me."

“Phosa as the leader created this province from nothing. I remember his [objection] when we have to name this province Mpumalanga [from Eastern Transvaal].  He didn’t like the idea because MP  might sound as if it means Mathews Phosa. But we pushed and he agreed and now we have this province. I want to assure the family and the comrades here that I’m still part of the Phosa family. All comrades must know where it all started." 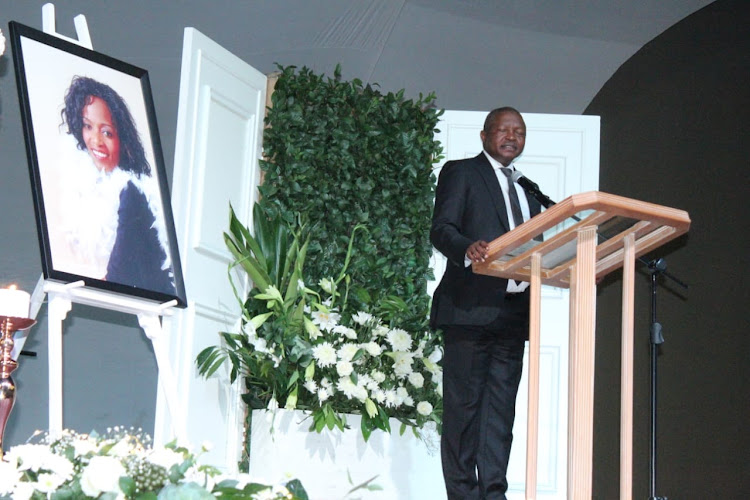 Moya Phosa worked for SABC for many years  in  public relations and communication department.

“When I was premier I went to record something at the SABC and she came and greeted me  and said: ‘I don’t like what people are saying about you and my father, it’s like you are not well’.

"Comrades argue but they don’t ditch families, so those people in Mpumalanga who think me and this family are apart; it is not true and will never be true.”

Spokesperson of the Phosa family, Oupa Pilane, who was programme director at the memorial, called for a round of applause for Mabuza, stating that “the death Moya has brought unity to the province of Mpumalanga”.

Also in attendance was Graca Machel who also sang praises of Phosa for standing up for people of Mozambique, and for helping in the signing of the Nkomati Accord,  a non-aggression pact signed on March 16 1984 between SA and Mozambique.

“It’s unnatural for parents to bury their children or grandchildren; it’s always painful to see the spark we see ourselves in leave us. People who keep the continuation of the family values, culture of the family leaving us is double painful than difficult.

I have been very connected with the Phosa family, and I'm here to say the people of Mozambique come into South Africa easily. We have the Maputo Corridor because of Phosa and we saw the signing of the Nkomati accord; it would have not happened if it was not for Phosa,” Machel said.

EFF leader Julius Malema who was part of the attendees applauded Phosa for speaking truth to power and said they went beyond being comrades.

“I know Mathews Phosa in different ways, our knowledge has gone beyond comradeship. We are here for you because we want you to know that there are people who care. Phosa is a leader who speaks truth to power even if it’s not fashionable, not people who occupy positions but don’t have ideas,” Malema said.

Moyahabo Phosa will be buried on Saturday in Limpopo at Polen, near Senwabarwaba. She leaves behind three children.