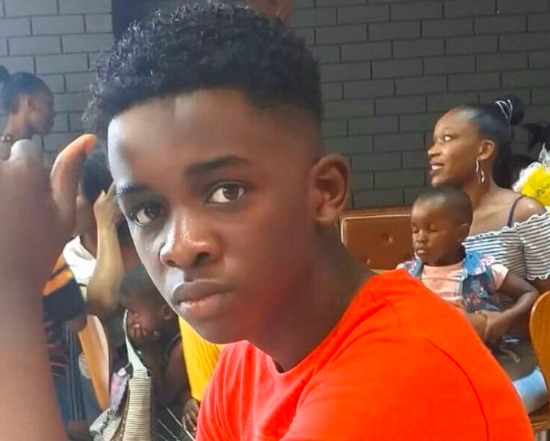 Lawyers of the lodge where Parktown Boys pupil Enoch Mpianzi drowned last week say they did not realise he was missing as they helped other boys to safety.

In an official statement, the lodge’s lawyer, Daniel Eloff, said only eight of the 17 facilitators were deployed to assist the children.He said children were in teams of seven or less and had to pass through about 20 metres of a shallow bend on the outside of the edge of the river bank, with one member on a stretcher which had to be improvised as a raft, supported by four tubes, and the remaining team members supporting and steering the tubes and stretcher.

“The children participating in the activity were excited and competitive. The groups were eager to finish first and started to overtake other groups in the water. That created a dangerous situation as groups – despite clear instructions to the contrary – tended to move into the deep end of the river where the current was stronger. Facilitators had to help three groups to get out,” Eloff said.

He added: “The facilitators had to help three groups to get out of the water. At no stage the facilitators noticed that any of the group member were swept away but the specific activity was immediately terminated when the dangers were realised.”

Enoch Mpianzi, 13, died last week at the lodge during a school camp for grade 8 pupils from Parktown Boys’ High School in Johannesburg. His death raised many questions from the public on how the teachers and those at the lodge conducted themselves on that fateful day.

But one of the pupils who witnessed the incident revealed to 702 that the search for the missing boy only began the next day despite warnings to those in charge that Enoch was missing.He said as they boarded the bus to the lodge in North West, no roll call was made.None was also made before the first activity.He said before embarking on the stretcher-run there was not a single teacher but just facilitators and prefects.

The EFF on Tuesday called for the suspension of the academic staff and school governing body members who were present during an orientation camp ...
News
2 years ago

Participants were not given any safety jackets, he said.When they reached the water the pupils used one arm to hold on to the rubber tube and the other to paddle

“At that moment, I felt like I was going to die. Enoch did not manage to get to the rubber tube. I saw him struggling. He seemed stuck in one place, trying to keep his head above water. I grabbed a pole and tried to pass it to Enoch. But ... I couldn’t reach him... the river swept him away,” the boy said.

He added that current moved them a little further down and they were grabbed by facilitators waiting downstream.

“Roll call was [made] at the hall. Solly (not his real name), my friend, raised his arm when Enoch's name was called. He was asked by the roll-caller if he was Enoch. When his response was "no", the roll-caller moved on to the next name. The person doing the roll call said he thinks Enoch did not come to camp.

“But I told him that Enoch was at the camp and that the last time I saw him, he was struggling in the river! The person then said that there were groups with more headcount and Enoch might have left my group for another. My story about the river, and Enoch struggling, was not listened to further. This was also the very first roll call of the trip,” he said.

The pupil told Solly about how worried he was about Enoch. Another roll call was made in the evening and Enoch was still not there.

“When I asked the facilitator about Enoch, again, I was told that Enoch was in another cabin and had left our group,” the pupil said.

He said he struggled to sleep that night worried about Enoch who was his new found friend.The next day, more activities were done and another roll was called but Enoch was still not there.

“Solly and I went to the teacher and told him that Enoch had definitely come to camp and that the last time I saw him was at the river. It is after this that a search for Enoch started. I then saw one facilitator go to the river with a life jacket to look for Enoch. The camp activities continued even though Enoch was missing,” the boy said.