WATCH | KZN school on fire as pupils protest about teachers 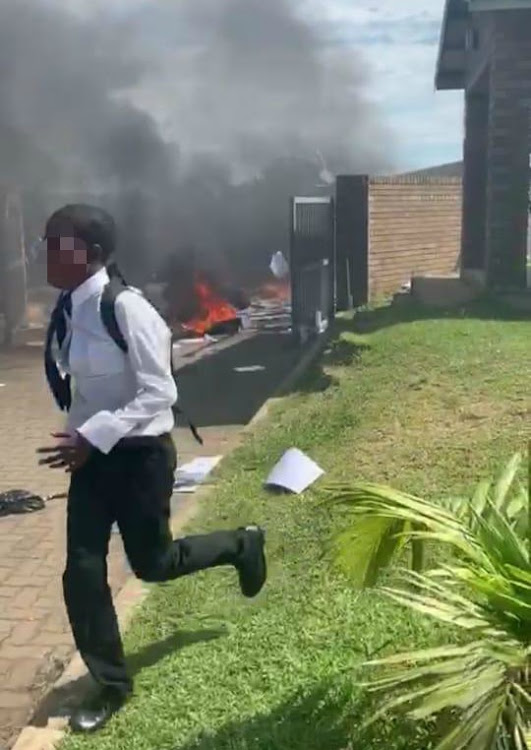 A pupil flees the scene of a fire at a school on KZN's north coast.
Image: Supplied

Classes at Nonhlevu Secondary School in Groutville, on the KwaZulu-Natal north coast, have been suspended after fiery protests on Tuesday.

According to the department of education, pupils were not happy with some of the teachers at the school and set fire to debris.

“The governing body has suspended classes for today [Tuesday] and we were able to calm the situation, with the hope that tomorrow it will be back to normal. We are working on the matter. Our circuit  officials are on the ground handling the situation,” said education spokesperson Muzi Mahlambi.

WATCH: A school believed to be on KZN's north coast is on fire after alleged protest action @TimesLIVE @yasantha pic.twitter.com/DTzolcNOUp

In a video of the protest circulating on social media, pupils can be seen running through the school in an attempt to get away from the thick, black smoke.

Mahlambi called for calm, adding: “The pupils should go to class. They must only deal with the subject matter that is being taught and not get involved in the politics of who is employed.

“The time they are throwing away now will be time they cry for at the end of the year.”

“We condemn what the learners are doing,” said Mahlambi.

SAPS spokesperson Col Thembeka Mbele had not responded to media queries at the time of publishing.