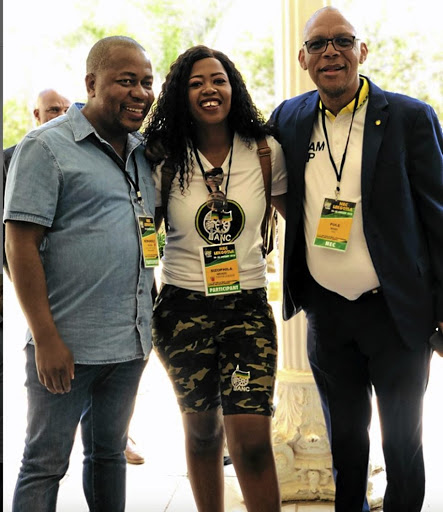 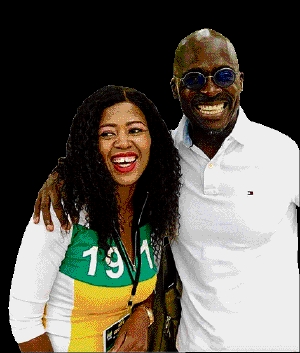 ANC Youth League member Sizophila Mkhize is the flavour of the moment at the party's national executive committee (NEC) lekgotla as several party members posted pictures with her and showed her support on social media.

Mkhize caused a stir on Facebook on Sunday, posting that she had been prevented from entering the lekgotla venue because her dress was apparently "too short".

Ekurhuleni mayor Mzwandile Masina posted on his Instagram account a picture of himself and party spokesperson Pule Mabe flanking Mkhize. The photo was taken yesterday on the second day of the lekgotla.

"Today @mkabayi-kajama [Mkhize] is on BUM SHORT because she can. Ewe nje, we still at @myanc_Lekgotla and we will not allow any form of intimidation. #Sizo," Masina captioned the picture.

Even though Masina referred to the pants Mkhize was wearing as "bum short", they were in fact military coloured, tight-hugging shorts that were almost knee-high.

Mkhize was seemingly in a jovial mood, smiling from ear to ear in the picture.

Another party member to share a picture with Mkhize on Instagram was former home affairs minister Malusi Gigaba, who also called on the party to address the issue of her being barred from entering the venue on Sunday.

"This was very humiliating to her and to all of us that abhor gender-based violence," a part of Gigaba's caption read.

Mabe told Sowetan on Sunday evening that the incident was a "misunderstanding that was resolved" and those responsible were addressed.

ANCYL leader barred from NEC venue because of her dress code

ANC Youth League spokesperson Sizophila Mkhize on Sunday alleged that she was barred from entering the venue of the ANC national executive committee ...
News
1 year ago
Next Article