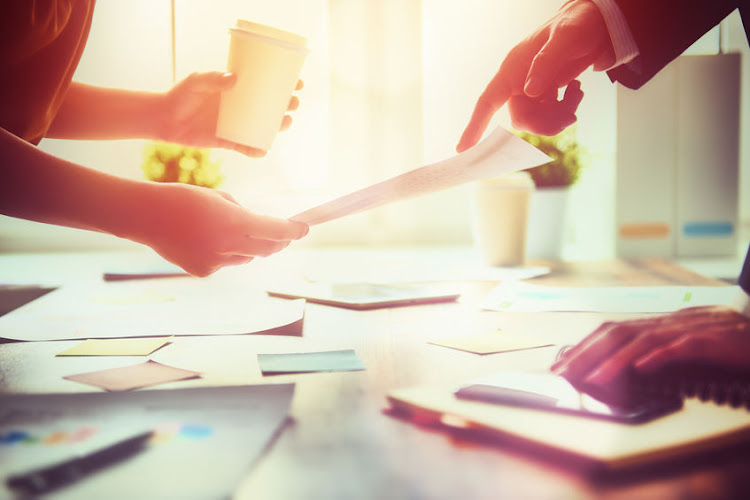 The IFP would like to see most jobs going to South Africans. Stock photo.
Image: 123RF/choreograph

The Inkatha Freedom Party (IFP) is planning to introduce a new bill proposing the rationing of jobs where businesses will be forced to prioritise South Africans over foreign nationals.

IFP MP Liezl van der Merwe will be piloting the proposed legislation to ensure that a certain percentage or a certain quota for certain skills should go to people from outside the country who are in the country legally but the majority of the jobs should be reserved for South Africans.

The party suggested that the proposed quota would be 80:20 with businesses obligated to ensure that at least 80% of those employed by them are South Africans.

The IFP revealed this and a handful of other proposals that it will be put forward in parliament in 2020. The party's parliamentary leadership was addressing journalists at the end of a three-day parliamentary caucus strategy workshop in Cape Town on Friday.

“We are not saying that foreign nationals cannot access job opportunities in SA. What we are saying is that it's a reality that the department of home affairs and the department of employment and labour do not have capacity to enforce our immigration laws,” said Van der Merwe.

She said this meant there was no reliable data of how many migrants or undocumented foreign nationals were living or working in the country. “But when you go to institutions or restaurants you often find that you don't get one South African or there is one South African employed in the establishment.”

Van der Merwe said employment and labour minister Thulas Nxesi had recently told parliament that in the trucking industry in KwaZulu-Natal, almost 100% of the people employed there were foreign nationals.

She said the party would consult its own constituency and various industries which may include Uber drivers and people in the hospitality industry.

“The call will be SA jobs for SA people, thereby ensuring that the limited jobs that are available in SA will be opened up for South African people first whether it's people looking for jobs as waiter, in the hair salon or in the trucking industry.”

Van der Merwe argued that there was international best practice on this call and cited countries like Nigeria, Angola and Ghana where its president recently announced that jobs of local entrepreneurship would be reserved for locals.

Massmart Holdings could cut up to 1,440 jobs under a plan to close some stores, the retailer said on Monday as it struggles to grow sales in a tough ...
Business
2 years ago

IFP chief whip Narend Singh added: “We know that there has been a lot of tension between those that come to our country here and take jobs of local people.

“Whilst we welcome anybody to our country, this is something that we want to encourage — skilled people must come into the country but we cannot find that in a restaurant set-up, a hotel set-up or in the truck driving arena, you find that most people who are employed are people from outside SA.

“If we are going to exacerbate unemployment of South Africans by employing people from outside the country to do tasks that we could perform then I think we are going on a dangerous path,” he said.

The IFP caucus also decided he country needed an integrity commission, which would be established as a Chapter Nine institution. It will table another private member's bill proposing the establishment of such a commission.

The late business icon Richard Maponya was unhappy about the state of the South African economy and its failure to create employment.
News
2 years ago

“We believe that we cannot allow ourselves only as MPs and the judicial system to oversee what is happening in the country in terms of corruption. We need an independent commission to be appointed that can make reports just like the public protector makes reports to parliament, and whose remedial action would be taken forward,” he explained.

Singh who visited Taiwan with a few IFP leaders recently said that country had “a very effective” corruption commission, with people dedicated to prosecute and adjudicate on corruption.

He said politicians were among those taken down and put behind bars for transgressions particularly when it came to financial mismanagement.

Singh said President Cyril Ramaphosa had agreed with him during a parliamentary question session last year that such an integrity commission would be “a very good idea” that should be taken forward.