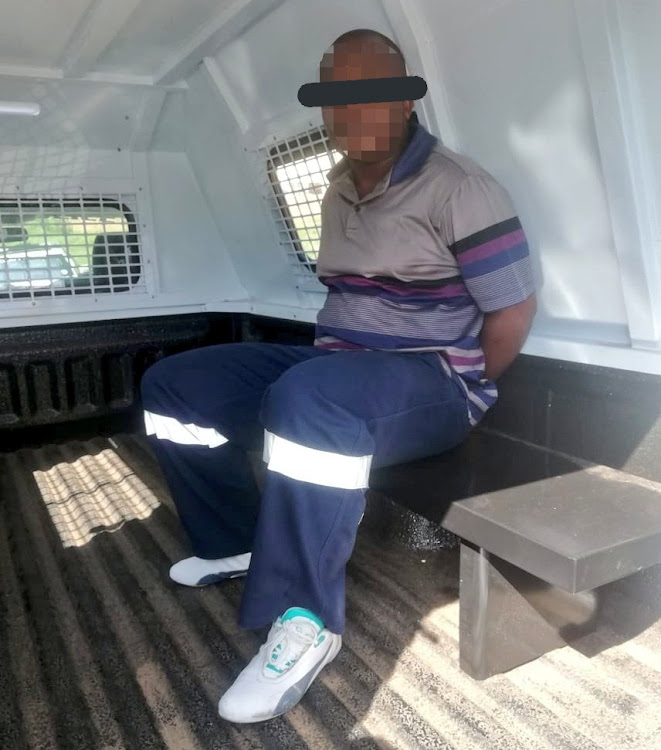 A taxi driver has been arrested after allegedly throwing a brick at a motorist in Johannesburg, metro police said on Friday.

This after a video of the incident went viral on social media on Wednesday.

Minnaar said after an investigation, the taxi driver was traced to the Alexandra Taxi Association.

He was arrested on Thursday afternoon and is in custody at the Norwood police station.

“The victim and owner of the white VW Kombi is requested to proceed to Norwood police station, where he or she is needed to make a statement.”

This heinous behaviour has been brought to our attention & our Commanders will find this person. We are requesting that the complainant & the person who shot this clip to come forward so we can have a stronger case. https://t.co/ER2fxGfR5O

Thank you to ATA Alexandra Taxi Association who assisted @JoburgMPD Freeway officers to apprehend this?minibus taxi driver who was seen throwing a brick at another vehicle.

We are appealing that the complainant should come forward so we a can get a statement. pic.twitter.com/a6KHlVVW9i

Former taxi driver leaves a taxi rank for a classroom

As parents were busy taking pictures of their bundle of joy who were starting school for the first time, Nkazimulo Khumalo had every reason to smile.
News
1 year ago

A KwaZulu-Natal ward councillor described the gruesome scene he witnessed moments after a taxi shooting in which a 10-month-old baby‚ a schoolgirl ...
News
1 year ago
Next Article