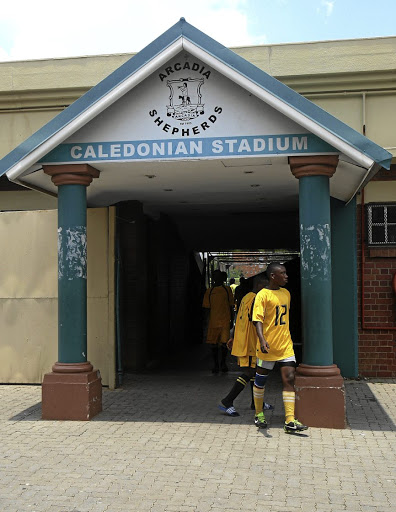 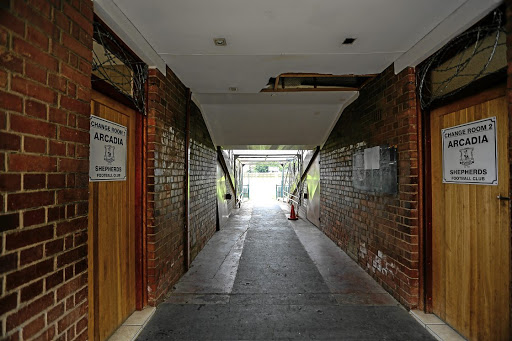 Former Bafana Bafana star Mark Fish has expressed sadness and disappointment that the Caledonian Stadium in Pretoria has been allowed to go to ruin.

The stadium, which produced soccer stars such as Fish, had been abandoned and has now become a haven for the homeless and drug addicts in the capital city.

The venue was the home of one of the oldest teams in Pretoria, Arcadia Shepherds FC, which Fish played for as a junior.

It gets occasionally used for amateur football matches but has no proper ablution facilities and its fence along the busy Francis Baard Street has been torn.

The stadium has over the past year been ripped apart piece by piece.

"It is very sad and disappointing that a stadium with so much history and that was a second home for many a footballer no matter the colour or race has been left to deteriorate the way it has," Fish said.

Fish said he had very fond memories of the stadium where he plied his trade as a youngster.

"From the age of six until 18 I played at Arcadia [Shepherds], it gave me so much as a person not only a footballer - respect, character, desire, commitment, humility and the pure love of the game - the way we played and the family that the Caledonian created," Fish said.

City of Tshwane spokesperson Lindela Mashigo said the stadium was due for an upgrade and construction was expected to start within the next few weeks.

Mashigo said a contractor to upgrade the stadium was appointed on October 17 2019.

"It is hoped that by the end of February 2020 the community consultation process will commence where relevant stakeholders and community members will be informed of the contract stipulations and especially sub-contracting and the expanded public work job creation opportunities," Mashigo said.

He said they anticipated that construction period may take approximately 20 months.