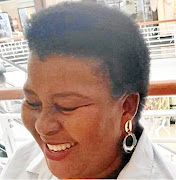 Image: SUPPLIED Seipati Mavis Mabula was accused of falsifying her qualification to land a senior position at Dihlabeng municipality.

Seipati Mavis Mabula, the director of corporate services in the municipality, was accused by some officials at the municipality of  allegedly submitting a fraudulent bachelor of administration degree, a claim she vehemently denied.

The Auditor General last year flagged Mabula’s qualifications in a management letter which asked the municipality to verify the certificate provided.

Yesterday,  after Sowetan published the story, Tshediso Maitse, the municipality’s spokesperson said the municipality had done a proper investigation based on the Auditor General’s management letter.

He furnished a copy of Mabula’s bachelor of administration degree certificate, academic transcript which was obtained on Monday from UFS and a report by the South African Qualification Authority s printout indicating her degree was valid.

Mabula said: “I studied at UFS, Qwaqwa campus. The institution told me that I owed R7,000 and needed to pay it before it can give me the transcript”.