Mourning attire: a culture or a norm? 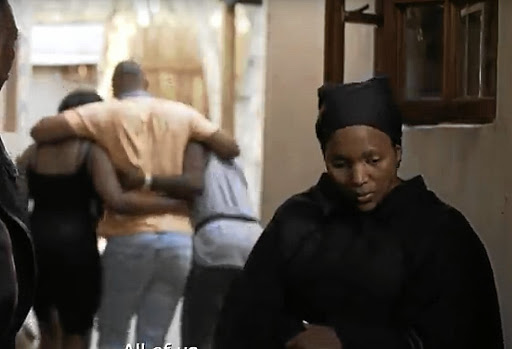 A screebgrab from drama 'The Queen'.

Traditional experts believe that there is confusion between traditional norms and culture.

They emphasised that many practices which trend were treated like culture while they were not.

This came to light when a scene in the popular Mzansi Magic's soapie The Queen where Shaka's mom (played by Brenda Mhlongo) was wearing a black outfit as a sign of mourning her late son.

People questioned whether the complete black outfit was appropriate to mourn a son.

In most cases in the African culture, a black outfit that comprises a dress, cape and doek is worn by someone who lost her husband.

A mother mourning a daughter or son wears a cape and doek.

Cultural expert Molo Simelane said: "This differs; some people do not do it as a culture but as a norm. I know if you were to question the writers of the soapie they could easy defend themselves, saying this is a fictional story and they were not portraying anyone's culture.

Neyi Zimu’s widow: Sometimes I cry; God gives me peace in the storm

Neyi Zimu's widow, Nelisiwe Sibisi-Zimu, has opened up about the pain of living without her husband
Entertainment
1 year ago

"But what I know is that a complete outfit is for someone mourning a husband, while for a child a doek and a cape were okay. I guess the concept of mourning in general has lost its meaning."

Sowetan sent a series of questions to Mzansi Magic's publicity Vuyiswa Dlodlo which were directed to The Queen's writing team more than a month ago.

By yesterday, the channel and the soapie team had not responded to queries.

President of African Cultural Heritage Trust Qhuzulini Sithole believes that the culture of wearing a black dress to show that you are mourning was not originally an African culture.

He believes the practice originates in New Zealand and was introduced to SA during the British and Zulu wars.

"People from New Zealand chose black as their colour when they returned from the 1st World War. They used the colour to mourn the soldiers they lost in the war. But later, New Zealand and French people collaborated with the British in fighting the Zulus. This is where the black colour was adopted by local people."

"In an African culture, a woman can only wear a complete black outfit when she is mourning the husband. When you lost a child, you wear shawl on your shoulders."

Nurse Shamase from Imbabazane Maidens Cultural Organisation said the issue of mourning depended on what people believed in.

Shamase conceded, however, that an all-black attire should be for mourning a husband.