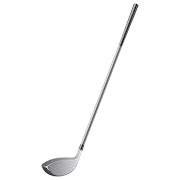 Gauteng police have arrested a third person following the attack on a couple at their Centurion home.

Police spokesperson Brig Mathapelo Peters said a 20-year-old man was arrested at his workplace at The Grove Mall in Equestria‚ Pretoria‚ on Tuesday morning.

The suspect is expected to appear in court soon.

Barnie and Magda van Heerden were attacked at their home in Pierre van Ryneveld Park on Thursday night. They were stabbed and attacked with a golf club. Both sustained injuries and Magda was airlifted to Milpark Hospital in Johannesburg for treatment after the attack.

Peters said their son Ruan‚ 18‚ and a girl alleged to have been involved in the attack fled the scene in Barnie’s car‚ which was found abandoned near Tembisa several hours later.

Ruan was arrested in Aliwal North in the Eastern Cape at the weekend. He appeared in the Pretoria magistrate's court on Monday on charges of attempted murder.

A 17-year-old girl was arrested in Waterkloof‚ Pretoria‚ on Monday. She was expected to appear in the same court on Tuesday on charges of attempted murder and use of a motor vehicle without the owner's consent.

It is believed the attack on the couple was interrupted when their domestic worker heard screams and alerted security guards nearby. She declined to speak to TimesLIVE on Tuesday‚ saying she had been advised by police not to discuss the incident.

A day before the attack‚ Ruan was seen at a restaurant around the corner from his house with a female friend.

“Ruan used to come here as a minor and sit in the non-smoking section and order food and a milkshake. He never really caused any trouble and was always very well-behaved in the restaurant‚” the owner‚ who asked not be named‚ said.

On Wednesday last week‚ Ruan and a female friend ordered food and drinks at the restaurant‚ he said.

“It was early in the day. They ate and drank and then they left. They were well-behaved and there was no funny behaviour.”

A former waiter at a Spur restaurant in the area said he knew the Van Heerden family well. The waiter said the family were regulars at the Spur when Ruan was still a child.