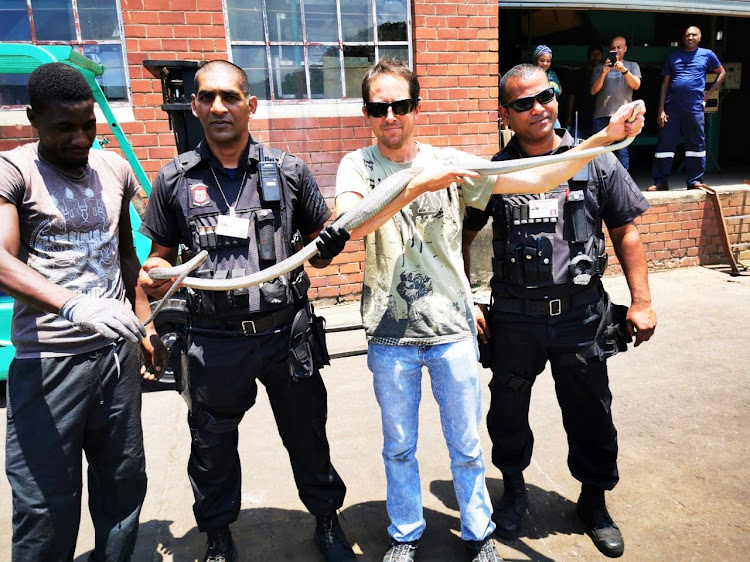 A 2.4m black mamba was safely removed from a factory in Redcliffe, north of Durban, on Monday.

Prem Balram of Reaction Unit SA said their members were called to the factory about 11.30am.

"Upon arrival, officers were directed to a stack of wooden pallets which had been  removed from inside the business premises.

"When officers approached the pallet, they found a huge black mamba coiled up inside."

Balram said snake catcher Jason Arnold from Universal Reptiles was called out to safely capture and release the reptile.

A Durban woman got the shock of her life when a 1.9-meter black mamba slithered into her garden
News
3 years ago

Durban pensioner Charmaine Fareed could think of only one thing when she spotted a deadly 1.62 meter black mamba under her television cabinet – run ...
News
4 years ago
Next Article