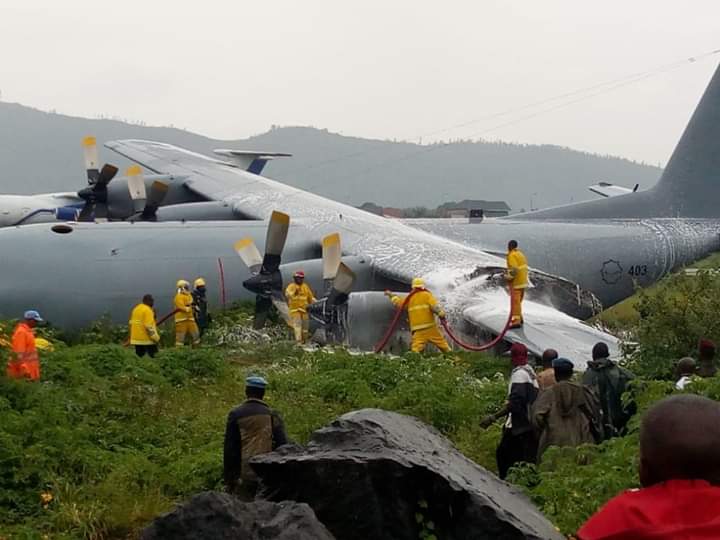 Images of firefighters dousing a fire on the aircraft were shared on Twitter on January 9 2020.
Image: Twitter/Mswanyama,KG

Parliament wants a full report into the SA Air Force plane crash in the Democratic Republic of the Congo last week.

The SAAF transport aircraft crashed and caught fire while landing at Goma airport in the eastern part of the DRC on Thursday.

In a statement on Sunday, Cyril Xaba, chair of parliament's portfolio committee on defence and military veterans, said he was relieved that nobody was injured in the January 9 crash.

Nearly 70 people, including members of the SA National Defence Force were on board.

“We need a full report on what went wrong and ensure that there are measures in place to prevent the reoccurrence of such incidents,” said Xaba.

He added that the defence industry was under severe pressure, and the SANDF not in a position to lose strategic assets due to the country’s fiscal challenges.

“The committee will, during the next [parliamentary] term, invite the department of defence for a briefing on the details of the crash and the measures that are put in place,” Xaba's statement read.