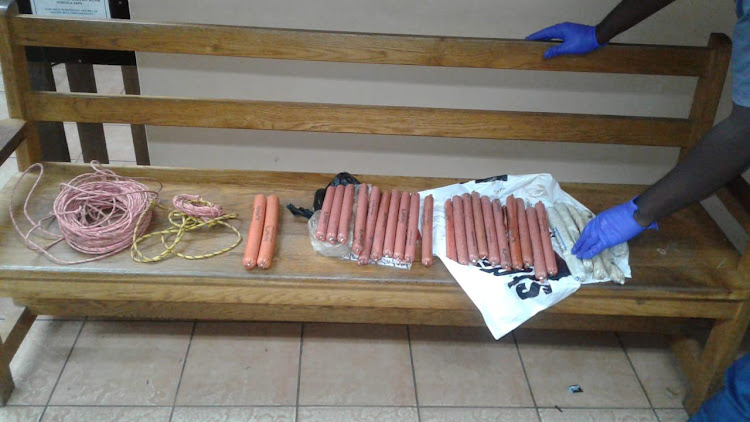 Explosives recovered by police in northern KwaZulu-Natal from two men who were arrested for being in the country illegally.
Image: Supplied

Police in northern KwaZulu-Natal confiscated explosives from two men, who together with four others are suspected of being in SA illegally.

Gwala said the men would appear in court soon.

The City of Cape Town says it will soon begin “enforcement operations” against the group of refugees camping outside the Central Methodist Church in ...
News
2 years ago