Jacob Zuma set to be summoned by Zondo inquiry 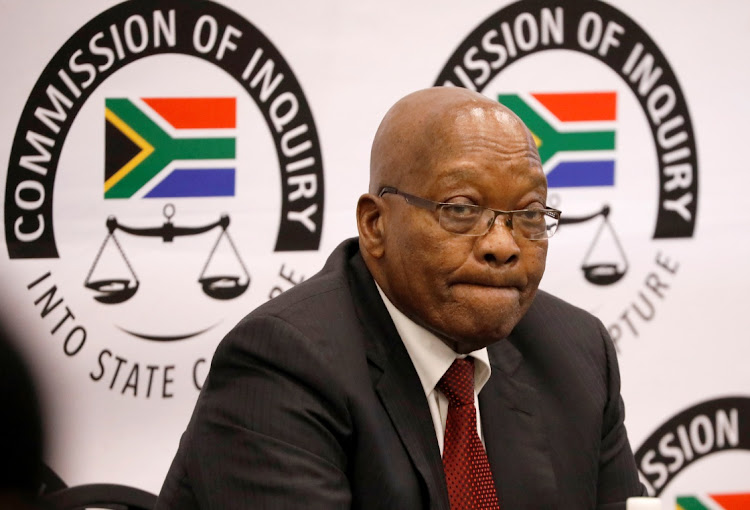 The state capture commission of inquiry is preparing to subpoena former president Jacob Zuma to compel him to complete his testimony.

Zuma and the controversial Gupta family — his friends — are at the heart of allegations of state capture, which brought the state close to its knees during his term of office.

The commission of inquiry, chaired by deputy chief justice Raymond Zondo, said in a statement released on Friday afternoon that it would resume its hearings on Tuesday.

“On Tuesday January 14, the chair will hear an application that will be moved by the commission's legal team for an order authorising the acting secretary of the commission to issue a summons for the former president, Mr Jacob Zuma, to appear before the commission from January 27-31,” the commission said.

Zuma testified for the first time at the commission in July but  did not complete his testimony.

He did not turn up for his second appearance in November, with his lawyers saying he was too ill to take the witness stand.

Various politicians were implicated in state capture testimonies heard by the Zondo commission of inquiry.
News
2 years ago
Next Article