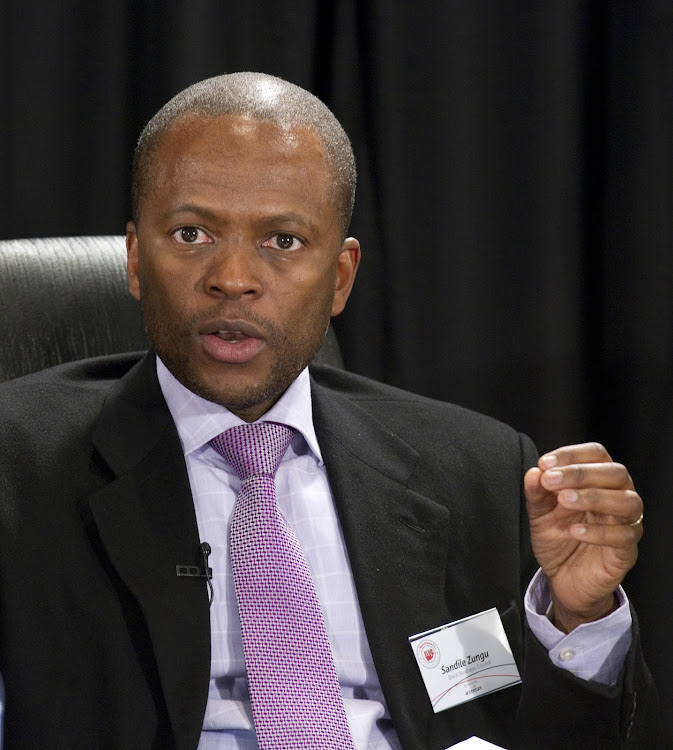 The president of BBC, Sandile Zungu, has hailed the achievements of the late entrepreneur Richard Maponya.
Image: Tyrone Arthur

Late legendary entrepreneur Richard Maponya was the opposite of the infamous Gupta family.

Popular poet and musician Mzwakhe Mbuli caught attendants by surprise with  these words at the memorial service of the iconic businessman in Sandton, Johannesburg, on Thursday after he died on Monday morning.

“He was the opposite of the Guptas. He fend(ed) for himself. He was a guru, a father of the township economy,” said Mbuli.

Regenesys, a few years ago, honoured Maponya by awarding him with a Lifetime Business Achievement Award

“The most remarkable thing about him is that he was a great uniter. And that is what we need today. His spirit and legacy will remain forever and when we think about great SA leaders who have worked hard and achieved through a life-long period, his legacy will live forever.

“Only united as a country we can compete globally. He was a visionary and a great thinker,” said Saravanja.

Black business leader Xolani Qubeka, who was one of the first sales people at Maponya’s car dealership, Mountain Motors in Dube, Soweto, said his ex-employer, who started out by running business operations that sold milk, fish and chips, was a source of inspiration who thought big but started small.

“He owned a big Mercedes-Benz and racing horses,” he said.

“The first time I saw black children who studied at a multiracial school was when his children were loitering at his dealership," said Qubeka.

Sonyosi Sikhosana, the spokesperson of National Federation of Chamber and Commerce, started by apologising that the organisation has not given Maponya a proper recognition. Sikhosana said the chamber of township entrepreneurs would commemorate Maponya’s memory by documenting the history of black business.

He said there were many people who started ventures which have no chance of succeeding but Maponya was different.

“If you look at the Maponya Mall development, it is stated that he held onto to that property for a long time, for around 20 to 30 years until he found partners. He identified partners across the colour lines .... and regional lines...” said Zungu.

Maponya will be buried next to his wife at Wespark Cemetery in Johannesburg on Saturday.

He said Maponya was synonymous with independence.

“The regime at the time was hostile towards people who wanted to sell products. He still preserved and he wasn’t dependent on government. Maponya worked hard and built things from bottom up,” said Zungu, adding that Maponya and his late wife Marina were never shabbily dressed.

Black Management Forum president Andile Nomlala said Maponya died an aggrieved man as young people had not ven’t come to the fore to raised their hands and be counted when it comes to starting businesses that would give employment to black people. Maponya will be buried next to his wife at Wespark Cemetery in Johannesburg, tomorrow.

Entrepreneur and property developer Richard Maponya had Twitter users gushing over how strong he looks at 98 after he was spotted walking unaided at ...
News
3 years ago
Next Article