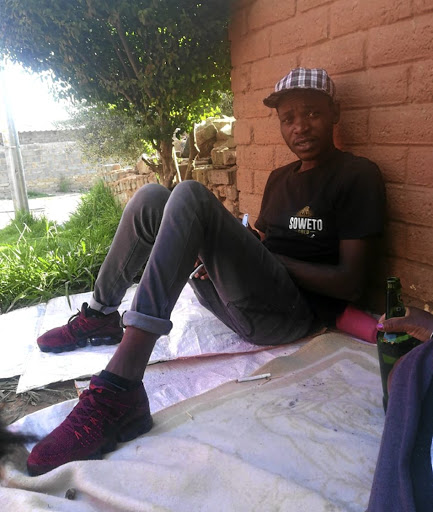 Webster Matsetela allegedly hanged himself with a blanket while he was detained at the Sandringham police station in Johannesburg.

The family of a 34-year-old man who was detained and later found dead is demanding answers.

Webster Matsetela from River Park, in Johannesburg, was arrested on December 26 for allegedly pointing a firearm at someone.

His family was told that he committed suicide after they found him dead in a government facility.

His niece, Nthabiseng Matsetela, said police claimed Webster hanged himself using a blanket while in the holding cells.

Police spokesperson Cpt Mavela Masondo said despite the charge Webster was arrested for, the firearm has not been recovered.

He said investigations were ongoing and would not comment on the circumstances of his death as the matter was being investigated by the Independent Police Investigative Directorate (Ipid).

Ipid spokesperson Sontaga Seisa said they were investigating the matter and no arrests have been made.

"It is alleged that the deceased committed suicide," Seisa confirmed.

A policeman was killed in central Cape Town in an exchange of shots with two city of Cape Town law enforcement officers.
News
2 years ago

Matsetela told Sowetan yesterday the family struggled to see her uncle for two days after they caught wind of his death in police custody. She said officers at Sandrigham police station gave them the runaround and told them that he was moved to Norwood police station.

"We were told that he was arrested after someone accused him of pointing a firearm. We have never known him to be someone who owned a gun. This person claimed that my uncle threatened to shoot him while they were sitting at a tavern and drew his gun," Matsetela said.

She said they went to enquire about his whereabouts at Sandringham police station on December 28 and when he would be expected to appear in court, police were not cooperative.

"We heard one of them asking if the person we are looking for is not the one who was dead. We were hurt because they spoke as if he was a dog.

"They didn't even bother to inform us that he was dead even though they knew where to locate his family," she said.

An off-duty police constable drew his service pistol and allegedly went on a shooting rampage after going to visit a friend and finding her with ...
News
2 years ago

She said they were horrified at what they saw when they found his body.

Matsetela said it appeared as though her uncle was tortured until he died.

"After that, they probably hanged his body to make it seem like he killed himself."

She said the family had not received a postmortem report and that her uncle was yet to be buried.

Matsetela said the father of one was a welder who loved and took care of his family.

"He loved us and didn't want to see us suffer. We just want justice for my uncle and want those who are responsible for his death to rot in jail.

"We are hoping Ipid will investigate this matter properly."